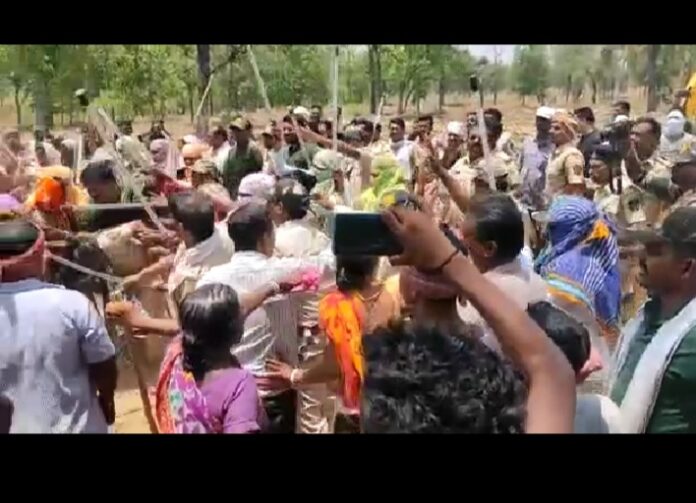 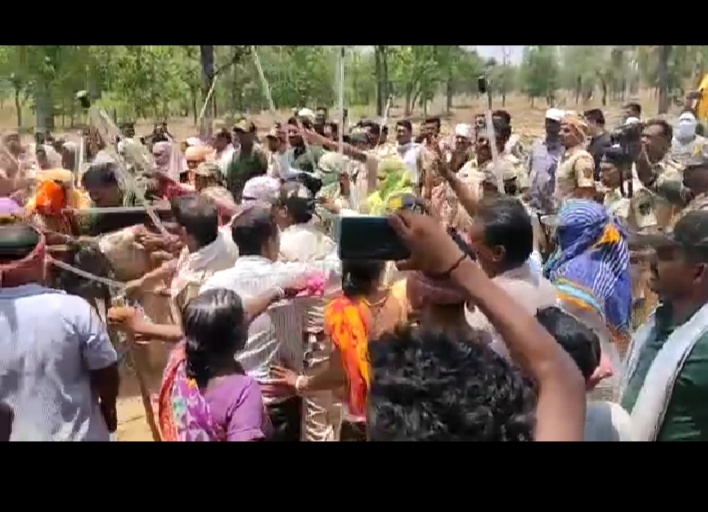 In the mid-1960s, just before the creation of Bangladesh, the Government of India resettled thousands of refugees from the erstwhile East Pakistan in various states including Maharashtra. Today there is a substantive population of resettled refugees in Eastern Vidarbha primarily in Chandrapur, Gadchiroli and Gondia. In Chandrapur city, one of the main chowks is called Bengali Camp as this was originally the site of refugee camp. In Gadchiroli district there are 47 villages called ‘Bengali villages’ located in Chamorshi and Mulchera blocks. The names of these villages have a distinctly Bengali ring to them – Khudiram Palli, Subhash Gram, Rammohanpur, Vivekanandpur, Narayanpur, Srinagar etc. Although more than half a century has passed, the resettled Bengalis continue to struggle with many issues – they are denied caste certificates although a vast majority belongs to SC and OBC and therefore are unable to benefit from state schemes. Their primary schools which are Bengali medium do not have adequate teachers. Above all, access to land rights remains a critical issue still unresolved.

Recently the struggle for land led to clashes between village women and the forest department in a village called Vijay Nagar in Mulchera block. On 28th May the DFO (Alapalli) Rahul Singh Tolia, RFO (Markanda) Bharti Raut entered Compartment No. 1516 in village Vijay Nagar for taking possession of encroached land and starting a plantation. They were accompanied by Police Inspector Bhapkar of Mulchera Police Station, Tehsildar Talande and a large posse of forest and police personnel. There are encroachments of nine families of Vijay Nagar in that compartment, a total of around 11 Ha which the families claim to be cultivating that land since more than twenty five to thirty years. The forest department had initiated the eviction process in March 2022 and since then there had been tension between the villagers and the department.

On 28th June the forest department came to the compartment to commence the work of plantation and villagers started protesting. The forest personnel formed a human chain to prevent villagers from entering the land. Some women tried to enter the land and were stopped. There was altercation between the women and the forest personnel upon which there was a lathicharge. At this point there are two contradictory reports.

Promiladevi – hurt in the lathicharge

According to the villagers, they had a copy of an order from the District Collector, Gadchiroli which had clearly instructed the forest department not to carry our evictions in the Bengali villages. They also had other documents to show that their claims are pending in various forums. When we visited Vijay Nagar on 12th June, we found that many of the women were still in pain even after two weeks of the incident. Suchitra Mandal had been hit on the head, Ashadevi on her hand which was still swollen and Promila Mandal’s foot was in a bandage. We were told that seventeen women of Vijay Nagar were badly beaten and admitted in the Rural Hospital Mulchera for two days. Suchitra, who was one of the women to protest against the forest department, said, “My father-in-law had been allotted 3.5 acres of land but now the family size has increased. Her husband and two brothers-in-law find it difficult to find work elsewhere. The small plot of land that they cleared helps to feed the family.” The main refrain of the villagers is, ‘We don’t have caste certificates, we cannot get scholarships or reservations, at least let us do agriculture. Our families are growing, what other option do we have?’

When contacted the Dy.C.F  Alapalli said that, “These are new encroachments after 2005 and as per the Supreme Court guidelines and standing instructions of Maharashtra Government such encroachments have to be removed. The area is not yet notified as Reserve Forest as proceedings under Section 20 Indian Forest Act is pending but as per Supreme Court orders of 1996 any land with standing trees is deemed as ‘forest’. The eviction drive in Vijay Nagar is going on since the month of March, before the meeting took place in Collector office. Since then we have tried to initiate the work of plantation but each time the villagers have forcibly opposed our personnel. On 28th May we went to start the plantation work and the women attacked our personnel and we retaliated in self-defense. We have nothing personal against the villagers and if eventually the government decides to give the land to the encroachers, we will not evict them.”

What did the District Collector actually say?

There are two documents which the villagers shared, both bearing the signature of the District Collector, Gadchiroli. The first is a copy of an order passed by the Collector in December 2019 which takes cognizance of the land claims of the Bengalis. The order was passed in an appeal against an erroneous order of the Forest Settlement Officer which did not take cognizance of the claims. Therefore the Collector ordered the FSO to pass fresh orders after taking into account the claims of the community.

The second document is a copy of minutes dated April 2022 of a meeting held by the district collector. The forest officials were also present in this meeting. The minutes refer to the order of December 2019 and notes that till the FSO passes fresh orders the forest department should not carry out evictions in the compartments where Bengali community’s claims are pending or in adjoining compartments.

Historically, more than 22000 Ha of reserve forest in the district was declassified and handed over to the revenue department for the rehabilitation and resettlement of the Bengali refugees. The 47 villages were resettled and between three to five acres were distributed to refugee families for cultivation. However the entire 22000 Ha was not used and each village had some surrounding land which remained unused. This extra land was primarily kept to allow for the extension of families and community usage. According to the villagers a vast majority of the encroachments are fall within the boundaries of the revenue land and therefore the forest department has no right to evict them.

Meanwhile the forest department has registered a police complaint against Suchitra Mandal and nine other women under section 353 IPC accusing the women of interference in the performance of public duty. Although the villagers also tried to file police reports, no offence was registered against forest officials. Ashok Nete, MP has written to the Superintendent of Police to take cognizance of the matter.

Given the numbers, the election of Draupadi Murmu (b....
TOTAL PAGEVIEWS
VGThe VidarbhaGazette