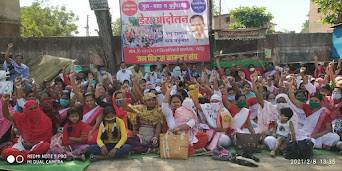 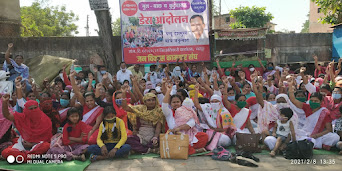 Even before India got its Constitution in 1950, the country’s workers were given a Minimum Wages Act in 1948. But as far as rural labourers are concerned this law could well be non-existent.Tomes have been written on how successive governments have used faulty definitions and formulae to keep the minimum wages on the lower side to ensure a steady flow of hungry, impoverished labourers to work in its fields and industries. The debates move from exactly how many calories are required to keep body and soul together, to how many members should comprise a ‘family’, to what should be considered as the ‘staple’ source of the calories, and what would be the correct formula to convert the calorie into cash.

The organized sector which was already miniscule to begin with has shrunk further as thekedari or contractorship has become common in every industry and establishment. The thekedaracts as a buffer for the principal employer who is relieved not only of the headaches of any long-term commitment towards the labourers but also of managing individual labourers. The thekedari system has expanded the unorganized sector whose greatest attribute is ‘insecurity’ – there is insecurity in terms of the employer, the terms of employment, the place of employment, the period of employment.This insecurity forbids the labourers to push towards increasing the minimum wages, rathe the rural labourers often find themselves struggling to wriggle petty payments out of the thekedars.

Unfortunately, the situation is no better for the contractual labourers working in government establishments – in other words the government is like any other private employer who leave the labourers at the mercy of the thekedars. For example, since the beginning of 2021around 500 contractual workers in the Chandrapur Government Medical College and Hospital (GMCH) are agitating under the leadership of Pradeep Deshmukh, President of Jan Vikas Sena, to get the minimum wages which was declared by the government two years ago. A majority of these workers are women belonging to the Adivasi and Dalit communities. Yet another example is of workers who work in the Zilla Parishad’s (ZP) Rural Water Supply Department under thekedars who bid for the tenders. These workers who are tasked with the supply of drinking water to the villagers across the district are trying since the last several years to get minimum wages. In both these examples the labourers managed to file their grievances before the Additional Labour Commissioner and in both cases were able to get favourable orders. In spite of this till date neither the GMCH nor the ZP has complied with the orders and the plight of the worker continues. This situation exists in nearly every government department.

The worker who is not paid minimum wages is expected to either accept whatever wages the thekedar deems fit to give him or go through expensive and lengthy court processes. In either case the worker is left to his own devices and does not receive an ounce of support from the principal employer i.e. the government establishment. It is a shame that the sarkar has failed miserably to ensure the statutory minimum wages in its own sarkari departments. 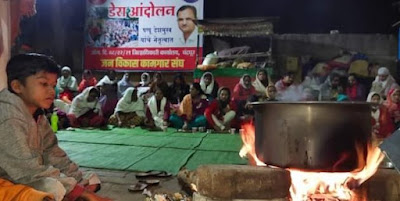 Amount to be paid to Adivasi Plaintiffs The Adivasis of...