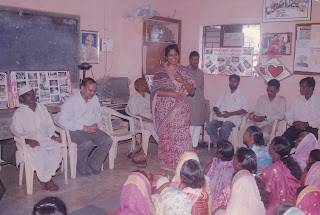 Cut and Thrust of Public Life 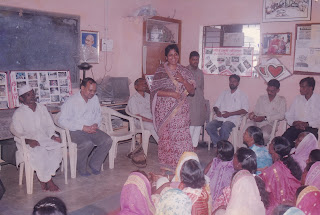 The last few days have seen heated debates over the role of civil society organisations and the government’s regulatory role. The Enforcement Directorate has filed FIR against Medha Patkar, the renowned environmentalist and civil society leader, for alleged irregularities in the accounts of Narmada Navnirman Abhiyan Trust of which she is the chief trustee. There is an outpouring of outrage from supporters of Medha that the action is malafide, given that the complainant Sanjay Jha is a BJP leader and the ED has become an instrument in the hands of the BJP to arm twist opposition members and dissenters. Some of her supporters have become rather emotional on social media pointing out her frugal lifestyle and the work she has done over the years for the Adivasis in the Narmada valley.

This brings us to the issue of the relationship between civil society leaders who work on mass-based issues and government agencies. Medha Patkar is not the first activist to be investigated nor will she be the last one. When I started working in Chandrapur, Elgar Pratishthan was simultaneously investigated by the District Magistrate, the Charity Commissioner and the Home Ministry (FCRA Division). Later we also received notices from IT department. The first office where we had started our work is no longer in existence. Our political opponents instituted one case after another against the trust and although we fought all of them, we unfortunately lost the case in High Court and the land was taken over by Mul Nagar Palika, who promptly demolished the office premises before our very eyes. Even as I write these sentences, my colleagues tell me that Shramik Elgar has received a notice from the IT department. There are hundreds of organisations like Elgar Pratishthan and Shramik Elgar that are undergoing enquiries without much hue and cry on social media.

My humble understanding there are two ways in which civil society organisations and leaders can respond to this situation. Firstly, this is the cut and thrust of public life and as public players we cannot avoid it. As public life becomes increasingly brutally competitive, such actions are bound to increase. For those who take political stance, certainly there is no escape from such actions. The neutral space which civil society purportedly inhabited, a space which was more committed to issues than ideology, is fast shrinking.

Secondly, civil society should take it as part of their jobs to provide information and clarifications to government agencies within whose jurisdiction they fall. Is there no malafide involved? I think, malafide  is not always involved. Sometimes political opponents institute false cases or initiate false inquiries, other times there are routine inquiries from agencies. Either ways I am of the opinion that organisations which are of a public nature such as public trusts and charitable organisations should remain forthcoming with information.

Taking a moral high ground like some of Medha’s supporters are doing sounds totally childish. A better response would be to represent the organisation through good lawyers and chartered accountants who are well-equipped to deal with the queries. As far as Medha Patkar is concerned, she is probably already doing this, given that she is a professional social worker of many decades standing.

There are a couple of other things on which we must ponder:

1. Civil society does not exist in a vacuum outside society in general. All the laws that are applicable to others is also applicable to civil society organisations. In fact, being a public trust it is definitely  answerable for its actions to the public and public agencies. Medha Patkar has done the right thing by saying they will cooperate with the investigating agencies.

3. Some of the problem arises because of the blurring of boundaries between the public trust and the mass movement. For instance Medha Patkar who is the chief activist of the Narmada Bachao Abhiyan is also the Chief trustee of Narmada Navnirman Abhiyan Trust. She is involved in protests in many parts of the country on behalf of the poor and is also running several schools in the Narmada valley. This is the combination which makes the trust vulnerable to malafide investigations. If the Abhiyan would have only run schools without Medha on the board of trustees, there is a high possibility that nobody would have bothered with registering a complaint against it and the Jeevan Shalas would have continued peacefully. Perhaps it is time that public trusts are completely separated from activist organisations/people which/who regularly participate in protests and agitations.