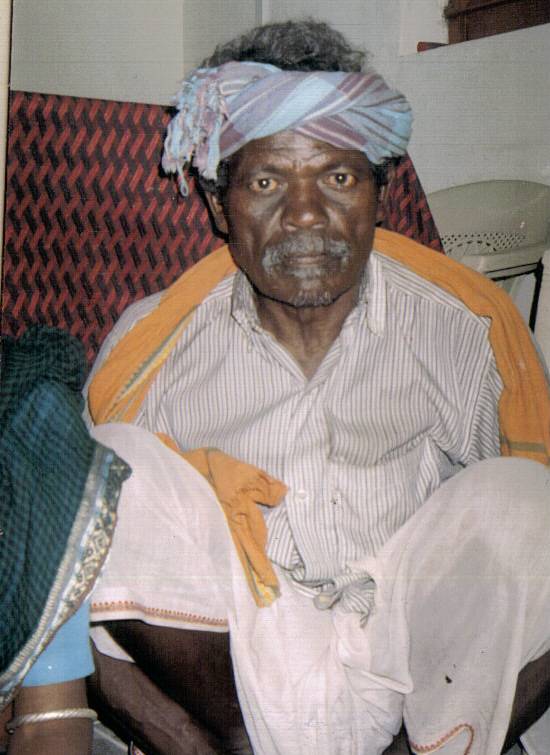 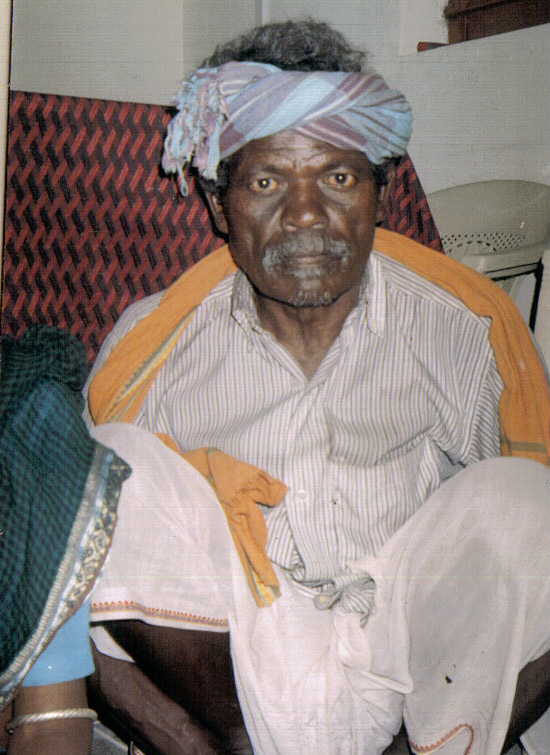 Land issues are the most contentious ones in a India why is why it immediately caught my attention when land was mentioned in the budget of 2022. The Finance Minister announced the introduction of Kisan Drones which would help in digitisation of land records. This was followed by another announcement about land records management, wherein according to the Finance Minister, “States will be encouraged to adopt Unique Land Parcel Identification Number (ULPIN) to facilitate IT based management of records. The facility for transliteration of land records across any of the Schedule VII languages will also be rolled out.”

I am guessing that this would be an extension of the SVAMITVA scheme which has been introduced for the survey and digitisation of Abadi lands to agricultural land. The ambitious SVAMITVA scheme is aimed at using drones to survey more than one lakh village settlements in the country and issue property cards to households. More than 44000 villages have been surveyed but property cards have been distributed in around 7000 villages. One of the difficulties reported in the implementation of the scheme is that between the surveying of households And handing over of property cards there comes a stage of identification of the property owner. It is at this stage that matters become murky as several claimants step forward and the matter gets tied up before various authorities and courts. Something similar is bound to happen with regards to the use of Kisan drones and allotment of ULPIN numbers also. Without taking into account the matter of settlement of claims, the survey process is either going to remain incomplete or exacerbate land conflicts on the ground. 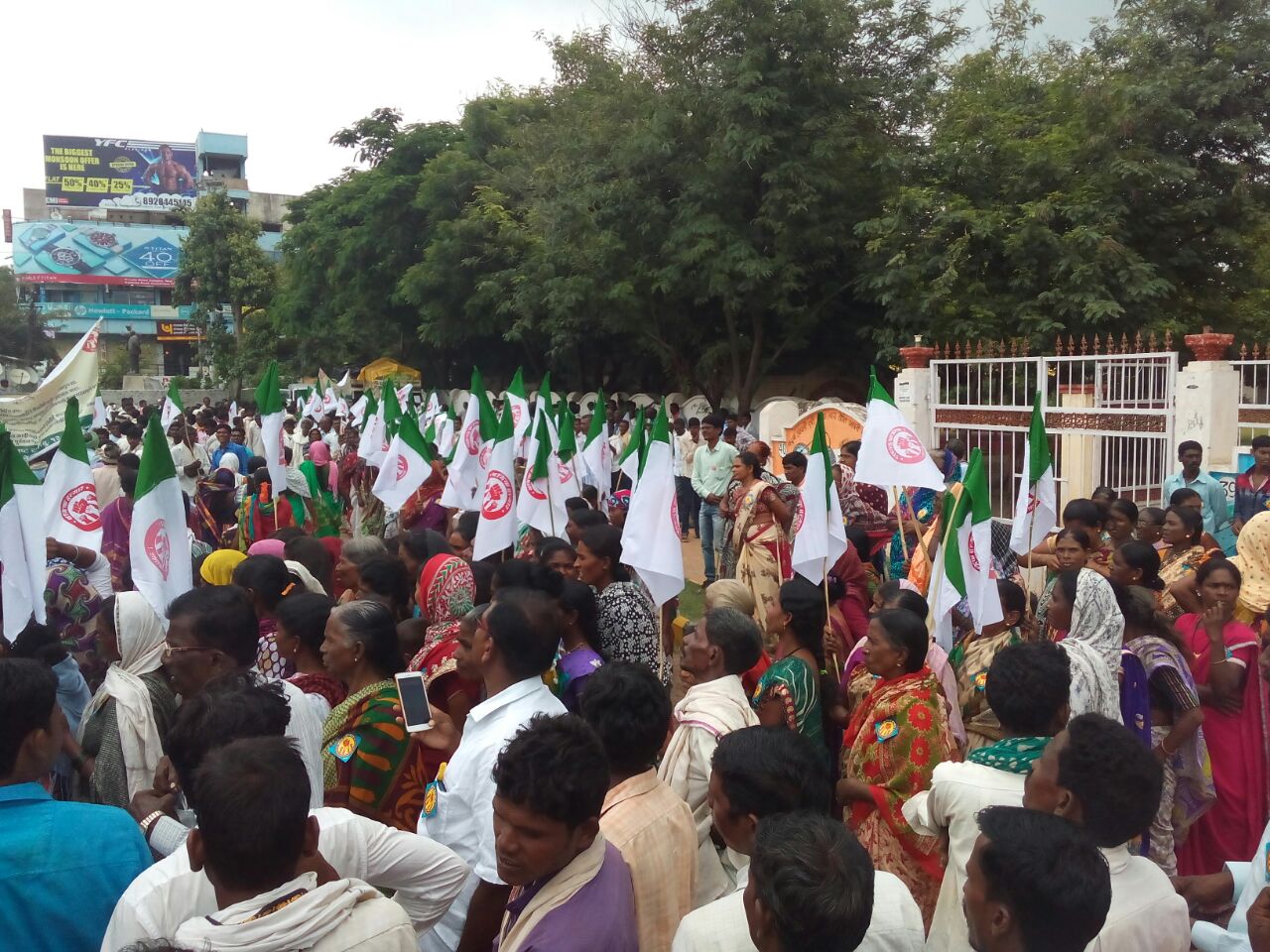 The experience of Shramik Elgar shows that the there are primarily two categories of land related claims in rural and tribal areas.

The central government passed the Forest Rights Act in 2006 but because of the shoddy implementation claims of tribals remains pending at various level while the forest department brings all kinds of pressures on the cultivators to give up farming. As far as non-tribals are concerned, they have been treated as pariahs under this law. The nontribals who comprise of a Dalits, OBCs minorities etc are required to prove residence of three generations in the areas going back to 1930s. An official told me that they presume that nontribals do not have such evidences (which in a majority of cases they don’t) and the file is dismissed without even opening it.

Yet another group of people in this category are farmers who were distributed ‘irregular pattas’. This means that the farmer was given a piece of land by the government but the process was not completed. In many villages of Chandrapur district, farmers were ‘distributed’ land by the revenue department under the relevant rules of Maharashtra Land Revenue Code 1966 and a document was handed over which was marked as ‘kachcha patta’ or ‘asthayi patta’. Years passed and revenue officials forgot to convert these irregular pattas into regular pattas and the necessary mutations in the revenue records were not made. Many of these farmers have made several applications but few have succeeded. 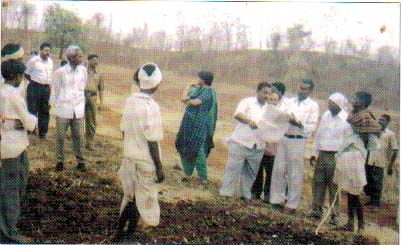 Survey and measurement process in Jivti, 2004

While many have migrated to cities and joined the ranks of landless wage labourers, many more continue to live in the villages working as labourers on the same land that once belonged to them. There are laws meant for the prevention of tribal land alienation and for restoration of alienated land. But in most cases these laws remain on paper. The onus of tribal land protection and restoration is on the revenue department officials who are unable to perform this duty for several reasons: firstly, corruption is rampant at all levels. Overnight pattas are made in the names of those who dispossess tribals even though such pattas are patently bad in law. Secondly, the tribals in most cases do not have the political clout to match that of the non-tribals who dispossess them. Political pressure is used to bend the revenue officials who are forced to act against the tribals.

Revenue officials are known to work in cahoots with nontribals to find legal ways of dispossessing tribals. For example, in Jivti block of Chandrapur district tribals were beaten and forcibly dispossessed from their land. Thereafter the revenue officials, instead of helping the tribals and restoring the land, created records to show that the land had been abandoned by original tribal landowner and they proceeded to ‘redistribute’ to the non-tribals.

Previous settlement and consolidation exercises conducted in the Jivti area in 1980s and 1990s show that during settlement proceedings, officers record the names of those in possession of the land as a matter of course without investigating the matter of titles. Once the maps were prepared, it is an arduous process to correct them. These  documents are then used by the non-tribals to press their claims and even though civil courts are barred from matters of tribal land disputes, such matters are admitted as a matter of course. The tribal is unable to pay expensive lawyers, negotiate the judicial proceedings and therefore gets tied into the endless procedures of hearings and appeals.

In both the above cases, there is always a fear that any survey and settlement procedure without a prior settlement of claims will either become another instrument in the hands of the local bureaucracy to harass or evict cultivators under the garb of removal of encroachments or they will further create problems for dispossessed people. The government should give serious attention to settlement of claims without which introduction of Kisan Drones etc will not change any thing on the ground for the villagers.

There was a time when activists waited for the...