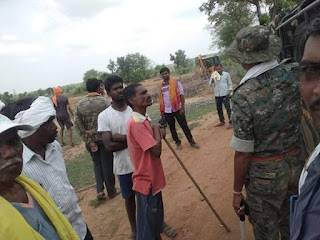 Adivasi Pursuit of the Elusive ‘Patta’

Navigating the Labyrinthine Procedures of FRA 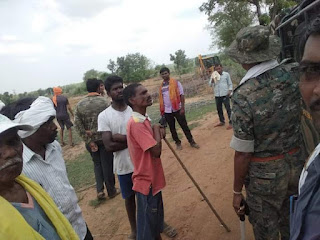 The stated objective of the Forest Rights Act, 2006 is to correct the historical injustice committed upon the Adivasis and other forest dwellers. The Act brought a glimmer of hope to forestland cultivators that they would get pattas to the land traditionally under their possession and their agriculture would be protected from eviction by the forest department.

However, the labyrinthine procedure for the vesting of rights has proved to be incredibly difficult and expensive for Adivasis because of which hundreds of claims are falsely rejected. The claimants have to gather evidences, preferably documentary evidences and then make their way through the slow process which encompasses several long years.

The following excerpts are taken from an appeal filed by an Adivasi forestland cultivator in Chandrapur district seeking the regularization of 0.70 acres of forestland which he farms. He was evicted in 2020 by the forest department in the middle of the first Covid-19 lockdown and remains dispossessed. We are with-holding the identities because the matter is sub-judice, but even as it stands this appeal should be read as a testament of the hurdles that Adivasis have to overcome in order to get that elusive piece of paper – the patta.

…the Forest Rights Committee was formed in my village and I was the chairperson of the Committee. My education is Class VI. The Forest Rights Committee worked as per the instructions of the Tehsildar. We, Committee members were never given any training and the instructions were through one or two meetings in the office of the Tehsildar. In 2010 I presented my claim-application along with my caste certificate, caste validity, recommendations of the Forest Rights Committee, resolution of the Gram Sabha and 1-E extract* of the Record of Rights before the Tehsildar. The Tehsildar read my application and approved the same. Thereafter in April 2010 the Tehsildar ordered the Range Forest Officer (RFO) to measure the my land using GPS machine. On 19/9/2010 the RFO and forest department personnel came to my fields and measured the same with GPS machine but the report of the measurement was made by them on 19/9/2014. The forest department is responsible for the inordinate delay of 4 years. But even in that report they have mentioned that my field is in Protected Forest and in my possession since before 2005.

Sometime in 2011 I came to know that my application was rejected by the SDLC (because some Gram sabha rules had changed) in 2010. Before rejecting my application I was not given any opportunity to say anything before the SDO because no hearing was conducted. Later the SDO instructed me orally to get the required resolution from the Gram Sabha and re-submit the updated application to the Tehsildar. Accordingly, I once again collected all the papers and submitted the same to the Tehsildar.

Thereafter in September 2015 the SDO ordered the Forest Rights Committee to re-submit all the applications of our village to the Tehsildar. Accordingly, once again we submitted our papers before the Tehsildar.

Thereafter in December 2019 the SDO forwarded my application to the District Committee and noted that my application was ‘approved’. I got a copy of that letter and was assured that I would get the patta.

On 26 June 2020 the Forest Department came and destroyed my paddy bunds…they came again on 21 July 2020 with tractors and completely destroyed my standing crops.

This appeal filed sometime in July 2021 is still pending. According to the notification issued by the Governor of Maharashtra in May 2020, Adivasis residing in Scheduled Areas whose claims are denied can appeal to the divisional commissioner. The decision does not apply to tribals residing in non-Scheduled areas. This adds yet another layer of bureaucratic structure that the Adivasi is expected to navigate.

* A record maintained by revenue department regarding encroachments on government land. The document is required as evidence to show the length of claimant’s possession over the land in question.

Yesterday was 30th January, the day Mahatma Gandhi died. At...