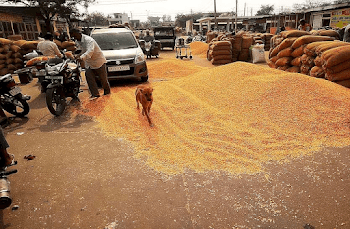 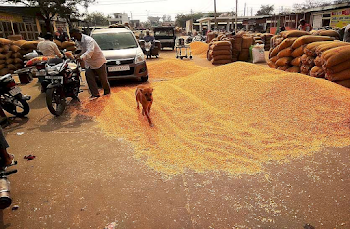 The rural and agricultural sectors barely figure in the Finance Minister Nirmala Seetharaman’s budget speech. Although she insists that ‘inclusive development’ was one of the pillars of the budget but there is absolutely no mention of the Adivasis, Dalits or other marginalized communities in the budget. S.C and S.T are mentioned as part of the student community in rural areas who have missed out on two years of schooling because of the pandemic. In spite of the correct diagnosis, the government has not managed to come up with any practical imaginative solution to the severe loss of education in villages. Would increasing the number of TV channels from 12 to 200 help students to cover up for their loss? We doubt it. Six-year-olds who should have been in Class I when the pandemic started are today in Class III. They have hardly seen the inside of a school classroom or met their teachers or peer groups. A TV is unlikely to cover for that. Perhaps we need comprehensive bridge courses and hard work by the teachers, community leaders and parents to help our children, and the government should have thought of ways to incentivize those efforts.

MGNREGA and PDS, the two important mainstays for the rural poor did not figure in the FM’s speech at all. Perhaps this is because the allocations for both these important programmes have come down. As far as MGNREGA is concerned the allocations have remained stagnant at the pre-pandemic levels of Rs.73000 Crores. This is despite of the fact that demand for work is increasing as also the wage rates. The allocation for PDS has gone down from Rs. 210929 crores as per the RE of 2021-22 to Rs. 145920 Crores. The FM should have considered that in 2021 India plunged to the rank of 101st out of 116 countries on the Global Hunger Index and even the NFHS-5 pointed out malnourishment to be a serious concern across the country. In this situation the availability of food should have been strengthened under the PDS system to support the poor. The argument that the incomes of the poor have recovered enough for the government to withdraw its PDS support is not acceptable because just last week the outcomes of the ICE 360 Survey 2021 conducted by PRICE showed that the incomes of the poorest 20% of the population has declined by a huge 53% and the incomes of the lower middle – income groups too are down by 39%. These are the poor people who need government support through programmes like MGNREGA and Food Security, and unfortunately the budget did not provide them with any succor.

The budget speech made a curt nod to the procurement of Rabi wheat and Kharif paddy upto 1208 lakh MT and payment of Rs.2.37 lakh crores direct payment of MSP. However, nothing was said of MSP for other crops including millets and oilseeds which were the two crops included in the budget speech.

The speech mentions that the government will support millets for post-harvest value addition, enhancing domestic consumption and for branding millet products nationally and internationally. Even though India remains the largest producer of millets in the world, it has seen a decline in the area under millet.  The main reasons behind the shift of farmers from millets to other crops like soybean, cotton and sugarcane are said to be low remuneration, lack of input subsidies and price incentives. All these reasons remain common to farmers irrespective of the crops. The government’s decision to reduce dependence on imports for oilseeds is a welcome step. In 2019-20 India imported around 13 lakh MT of edible oil valued at Rs.71600 Crores. In 2020-21 a similar quantity was imported but the bill increased to Rs.1.17 Lakh Crores due to hike in international prices. The government’s decision to reduce import dependence through the much-awaited comprehensive scheme could be win-win situation for all.

However, the key issue is that there is no mention of the centre’s stated goal of doubling the farmer’s incomes. The FM’s speech did not inform about how much distance has been covered in that direction, the impact of Covid on the farm sector and what more the government proposes to do in this regard. Doubling of farm incomes is a major promise of the Modi government and the progress should have been reported.

What did find reference were ‘Kisan Drones’ to be used ‘for crop assessment, digitization of land records, spraying of pesticides and nutrients.’ Perhaps the drones are a good idea, but going by recent farmer agitations in Chandrapur and other districts of Vidarbha, what farmers continue to demand on an urgent basis are storage godowns, cheap electricity to power their agri-pumps and fair and remunerative prices for their produce. The Modi regime is known for its commitment to infrastructure development and yet the budget gives short shrift to agriculture infrastructure – not even a word is spoken about investment in the Irrigation Sector which is so important not only for the farmer but for rural development overall. This neglect of rural Bharat and particularly agriculture which provides livelihood to millions is bound to have an negative impact on the economic recovery of the country which is struggling to come out of the pandemic.

Becoming a Teacher of English