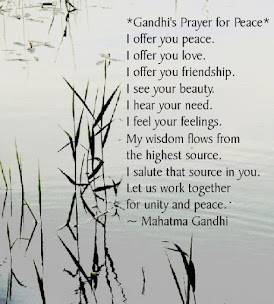 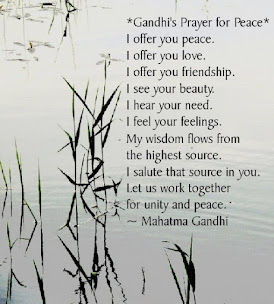 Yesterday was 30th January, the day Mahatma Gandhi died. At least this day should have belonged to him. But no! Throughout the day you saw social media swamped with references not just to his detractors but worse, to his murderer Nathuram Godse.

Things were simpler in the past. As a child growing up in the 70s and 80s I remember there used to be a two minutes silence in Gandhiji’s memory, the school Principal would make a speech about his role as freedom fighter and the a father of our nation, the music teacher would lead us in singing Vaishnav Jana To Tene Kahiye. Nathuram Godse was mentioned in passing- like a tidbit information in general knowledge. ‘How did Mahatma Gandhi die? Mahatma Gandhi was killed in a prayer meeting in Delhi by a miscreant named Nathuram Godse.’ That was all that was said publicly about Nathuram Godse, and neither did anybody care. Those were straightforward times. Nathuram Godse was a miscreant, a murderer – someone Gandhiji might have forgiven as a wayward son. There was no mention of Godse’s religion or caste or which state he belonged to – information that is today so easily, so disturbingly bandied about.

Gandhiji’s death anniversary strangely became as much about the Mahatma as his murderer. An ordinary criminal whose only claim to fame was murdering an unarmed old man. A murderer who does not deserve a second of our time or even a fraction of a second is planted insidiously through social media, films and Dharam Sansads and suddenly looms over every dinner conversation. Hateful debates resound over the rights and wrongs of Amol Kolhe playing the role of Godse, of Sadhvi Pooja Shakun Pandey shooting at Gandhi’s effigy Godse style, and Yati Nityanand Maharaj repeating ad nausuem that Godse was great and ‘Gandhi Gandaki ka naam hai’. It is not only troubling that we end up discussing this, but that there are people on our tables or in our WhatsApp groups not just defending but applauding the murderers of Gandhi.

There were many in his lifetime who debated him – from Dr. Babasaheb Ambedkar to Netaji Subhash Chandra Bose. After all debates and differences of opinion are only to be expected between stalwarts. The extremist wing of the right however wanted him dead – Nathuram Godse, the member of Hindu Mahasabha and ex-volunteer of RSS merely wielded the pistol. Those who have resurrected Godse in the last few years have no love for him really. And perhaps they do not hate Gandhi per se. Rather it is their hatred for minorities, specially Muslims, that makes them resurrect Godse and proclaim their hatred for Gandhi. Godse is invoked as part of the rant against (Gandhi’s) Muslim appeasement. It was Gandhi’s openness towards people of all communities, his firm belief in ‘Ishwar Allah Teri Naam’ that cost him his life.

What should we do in the face of such monstrous rants? Such shameless and open praise of a heinous criminal like Nathuram Godse? I think we must take it as a sign of extremist right wing frustration. The constant harping over Godse itself proves most conclusively that the Mahatma is indeed not dead. If he would have died then there would not have been the need of shooting his effigy. The more they try to kill him, the more he thrives. Not only did millions across the country learn for the first time that ‘Abide by Me’ is one of Gandhiji’s favourite hymns, they also heard it sung and played by more musicians than ever before.

Nathuram Godse was a a murderer. And a failed one at that. Not worth our time so let’s be done with him.