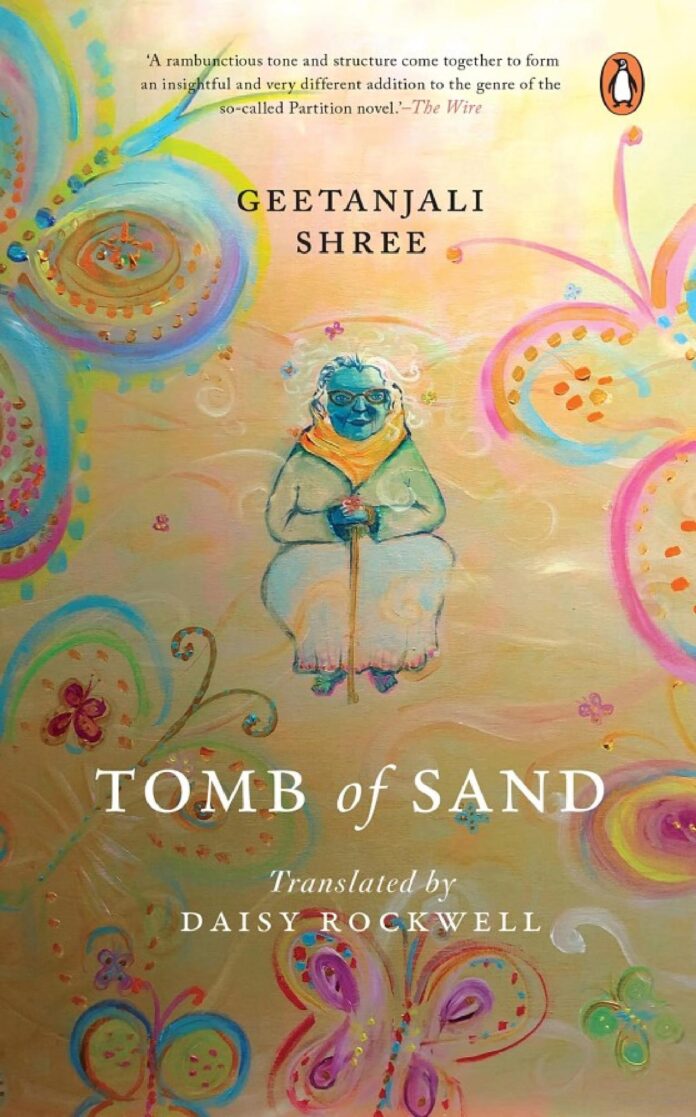 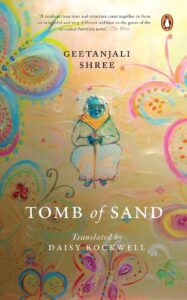 This review is late because I wanted to read the Tomb of Sand before writing about it, and reading Geetanjali Shree’s Tomb of Sand, translated from Hindi by Daisy Rockwell took me quite some time. The delay is not because the book is a fat 700 odd pages long but because its delicious exuberant style demands to be enjoyed slowly, not rushed through. The main story can be told in brief as follows – 80 year old Ma recovers from depression and travels without a visa to Pakistan accompanied by her daughter and is briefly united with her husband Anwar before being shot dead by Anwar’s son Ali.

This main story takes up the last one-third of the book. The first two-third of the book is about Ma’s family and life in India. This family comprises Bade, a big shot civil servant on the verge of retirement, his wife Bahu the wearer of Reebok shoes, their two sons – Sid and the Overseas Son, the estranged daughter Beti who lives alone and her lover KK. There is also Rosie Bua – a hijra, Ma’s close companion – and Raza, the tailor who is Rosie’s other self. This part of the story lulls the reader into the everyday comforts and discomforts of family life, everyday give and take, lavish parties, cooking, eating, not eating, watering plants, shifting homes. This initial two-third is about men and women – husband, wife, brother, sister, grandmother, grandson – constantly negotiating within the boundaries of familial and social relationships. Ma, the protagonist is depressed, then comes out of her depression, is lost and found, falls and ends up in the hospital – in other words she is the quintessential North Indian Amma ji. At the end of this section Rosie, Ma’s friend is found murdered.

Now starts the last one-third which jolts the reader wide awake. Suddenly we find Ma in a totally different mood – demanding to go to Pakistan to deliver a pouch of Chironjis to Hijras. Beti and Bade concede to her old-age whim and Beti accompanies her across Wagah border. The reader is caught off guard with stories within the story. For instance just before Ma crosses the Wagah border there is a delightful chapter in which authors and performers who wrote about the Partition appear at Wagah and all mayhem is let loose. At the end of the chaos the two national flags flutter around and end up on the ‘wrong’ side of the border.

Ma and Beti travel to her home in Lahore – Ma closes the  eyes and touches the wall along the lane and opens them on the red stoop of her childhood home. She also stands by the drain where she used to pee as a child. She meets her neighbours and sees the remnants of familiar rooms. Through a series of stories we learn of the horrors of partition in which she is separated from her husband and family and crosses the Thar desert through a sandstorm holding the hands of an eleven year old Rosie.

From Lahore, Ma goes on to Sind where she meets the daughter of her childhood friend and finally she lands up in a Khyber prison, being interrogated by Pakistani officials. Beti, who starts out from Delhi slightly bemused at her octogenarian mother ends up nearly losing her mind in the prison. She does not understand why her old mother delivers lectures on the futility of borders, demands to see her husband Anwar and insists that Pakistan is her home. Unknown to Beti, Ma does meet Anwar who is now an invalid, the father of the very officer who was interrogating them.

So in the end Tomb of Sand is a story about love – not just the love between Anwar and Chanda but many other types of loves too that defy definitions and boundaries.  For instance the love between Ma and the mysterious Rosie, the love between the Pakistani Partridge and the Indian crow, and between the crow and Bade. It is also about death. Not just any death, but a magnificent death in which Ma falls flat on the back, facing the unbounded Khyber sky.

In the end Beti refuses to speak of her traumatic experiences in Pakistan – perhaps the trauma is too deep for words. Throughout the book Geetanjali Shree invokes non-human characters to bear witness to the inhuman violence, arrogance, stupidity and pain and also the  ultimate triumph of the spirit that makes it worthwhile. This is why the presence and the voices of the door, the threshold, the crow, the tree, the road, the butterflies, the river and so many others are crucial.  And the most important witness is borne by the silent statue of Buddha, barely five inches tall, two thousand years old and with a heart of stone. 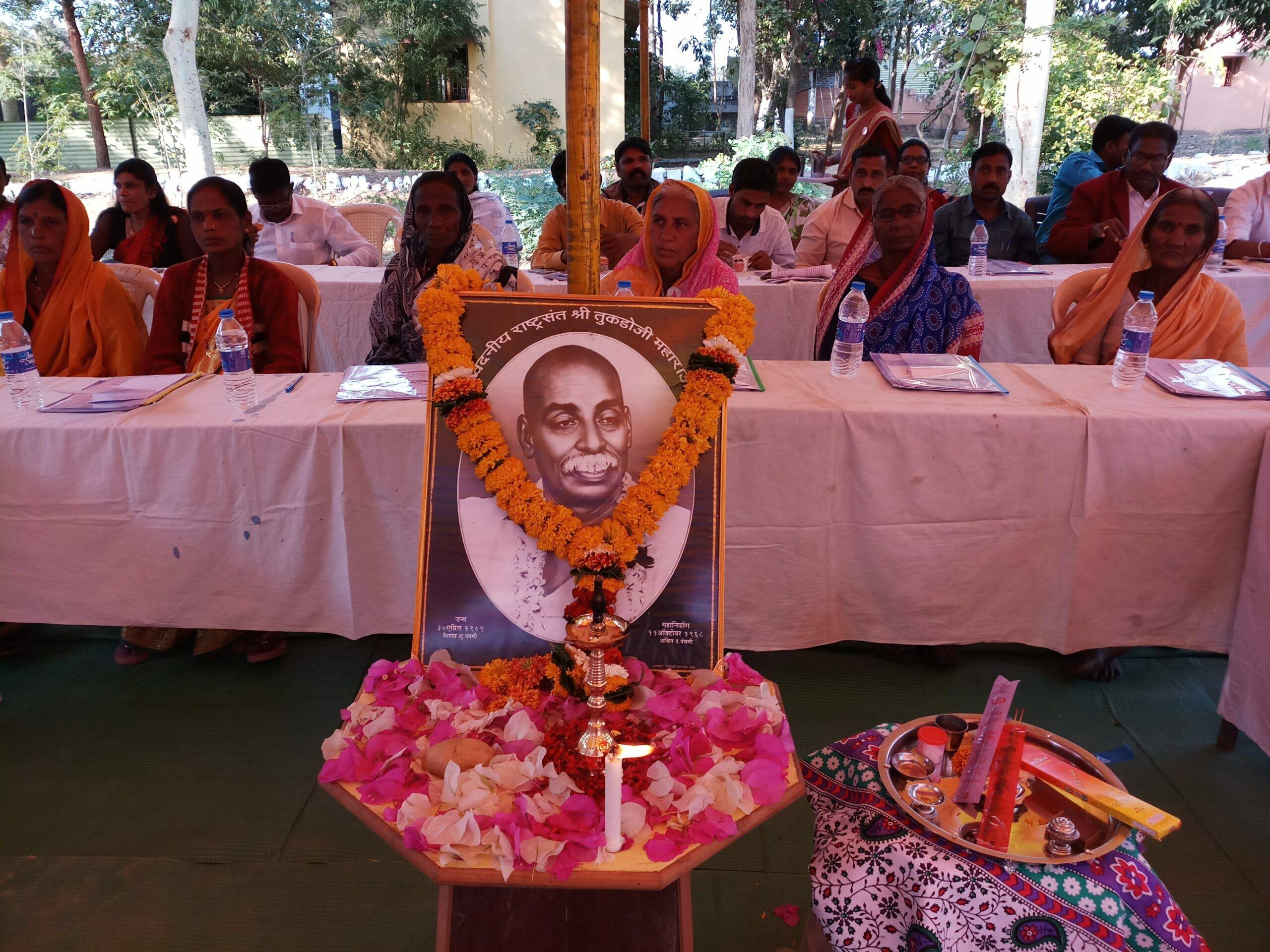 Imroz I think passion I think of you I think devotion I think...
TOTAL PAGEVIEWS
VGThe VidarbhaGazette