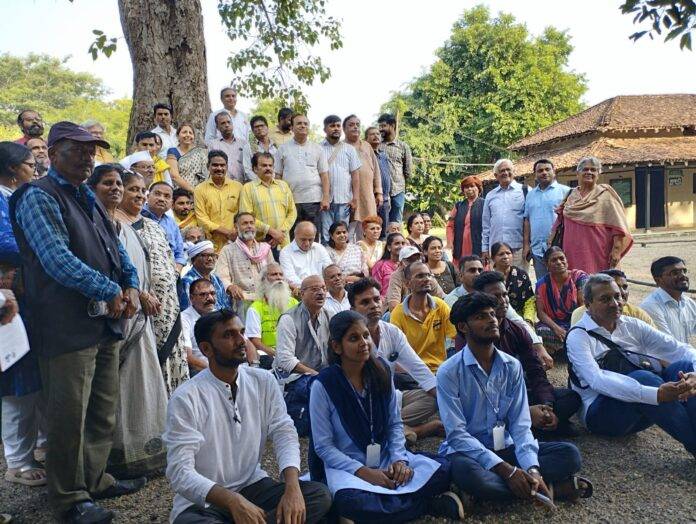 Prashant Bhushan and Yogendra Yadav, the two pillars of the India Against Corruption Movement (IAC) walked alongside Rahul Gandhi in the Bharat Jodo Yatra and one could not but wonder at the irony of the situation. The IAC was singularly responsible for creating an atmosphere in which the overthrow of the UPA became possible. The likes of Yogendra Yadav and Prashant Bhushan joined Arvind Kejriwal is calling out the corruption in the Congress Party and things started to unravel soon thereafter as the right-wing joined the Lokpal Andolan in numbers. Today Arvind Kejriwal is peddling soft-Hindutva while Prashant Bhushan and Yogendra Yadav are in step with Rahul Gandhi.

There is no doubt that Bharat Jodo Yatra is being conducted to galvanise the party and the people and as part of these overall efforts Rahul Gandhi invited civil society organisations, many of whom have a prior affinity to the Congress ideology, to join the Yatra. Thus a door was opened for fresh communication between all those who have common cause against the present right wing. Unfortunately this bonhomie between the Congress and the CSO leaderships remains more at the higher levels and diminishes progressively as we move away from the top and practically disappears at the district and block levels.

In Maharashtra a ten-member state level coordination committee has been announced by the Congress which has members from the Party as well as the CSOs. The members include Kumar Ketkar, Hussain Dalwai, Pratibha Shinde, Utkarsh Rupwate, Ganesh Devy, Subhash Lomte, Varsha Deshpande, Ulka aMahajan, Pallavi Renke and Haseeb Nadaf. A similar joint coordination committee at each district would have led to structured communication and better decision-making at the grassroots level.

The three CSO meetings in Nagpur, Sewagram and Chandrapur were all organized by ‘Dakshinayan’ – an organisation of artists, litterateurs and intellectuals. CSO leaders such as Ganesh Devy, Yogendra Yadev, Pratibha Shinde, Feroze Mithiborewala, Varsha Deshpande etc. were present. The meetings were attended by many local leaders from various professions. But in all three meetings there was pitifully low response by district level Congress leaders and office-bearers of Nagpur, Wardha and Chandrapur.

It has been pointed out that Bharat Jodo Yatra is merely the beginning and the real fight against the right-wing has to be fought through the ballot box. Indeed if the Congress Party is planning to reap electoral benefits from the Bharat Jodo Yatra then they might have to spend some thought on long term coordination at the local level so that the gains of the Yatra are not frittered away.

There was a time when activists waited for the...