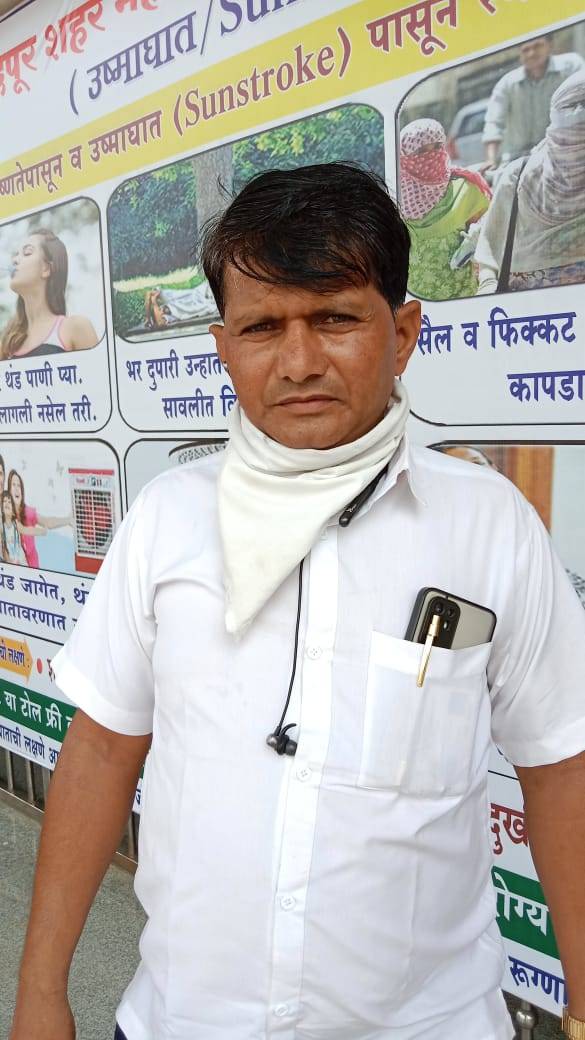 It has been proved many times in the past that corruption and inordinate delays in administrative actions has led to the death of common people. We may recall the suicide of the farmer Subhash Jadhav exactly one year ago on 20 August 2021 outside the gates of Mantralaya and the 84 year old farmer Dharma Patil who committed suicide inside the Mantralaya in 2018.

Now we are seeing the same tragedy in Chandrapur as a 34 year old man Laxman Rajendra Pawar, resident of Udgir, District Latur tried to commit suicide by stabbing himself inside the chamber of Municipal Commissioner of Chandrapur Municipal Corporation while accusing the Commissioner Rajesh Mohite of corruption. The incident that took place on 19th August was initially reported by newspapers as the work of a mentally disturbed person. However, the District Secretary of Aam Admi Party Raju Kude released audio clips that showed that the man was quite in his right senses and had been trying to get his grievances resolved over the last several months without any success.

In the audio recording (here) Laxman Pawar narrates his troubles saying that his father (now deceased) Rajendra  was the President of a social organisation that runs a Ashram Shala (residential school) in Latur. In 2016 when Rajkumar Badole was the  Minister of Social Justice Department, Rajesh Mohite was the OSD. At that time Mohite and another officer who is the relative of a BJP leader had taken around Rs.14 lakhs from his father for doing some work on behalf of the school. However, the promise was not kept and since then Pawar is trying to retrieve the money from Mohite. Pawar also states that Rs.4 lakhs was put into his bank account by Mohite from Nagpur in cash and now he is trying to retrieve the rest of it i.e. Rs. 10 lakhs. Pawar also says that he had tried to register a police offence in this matter in Latur distirct but the police refused to help him. He then says that he made five trips from Latur to Chandrapur in this regard and he is ready to do atmadahan (setting oneself on fire) in protest against the injustice.

The Ramnagar police station has registered an offence against Laxman Pawar for attempt to commit suicide under Section 309 IPC. and he is undergoing treatment in the General Hospital. Pradeep Deshmukh, Corporator, Jan Vikas Sena Party said, ‘The offence should have been registered against Rajesh Mohite for abetment to suicide under section 306 of IPC. The matter is serious and it is possible that the injustice suffered by the man drove him to attempt suicide.” 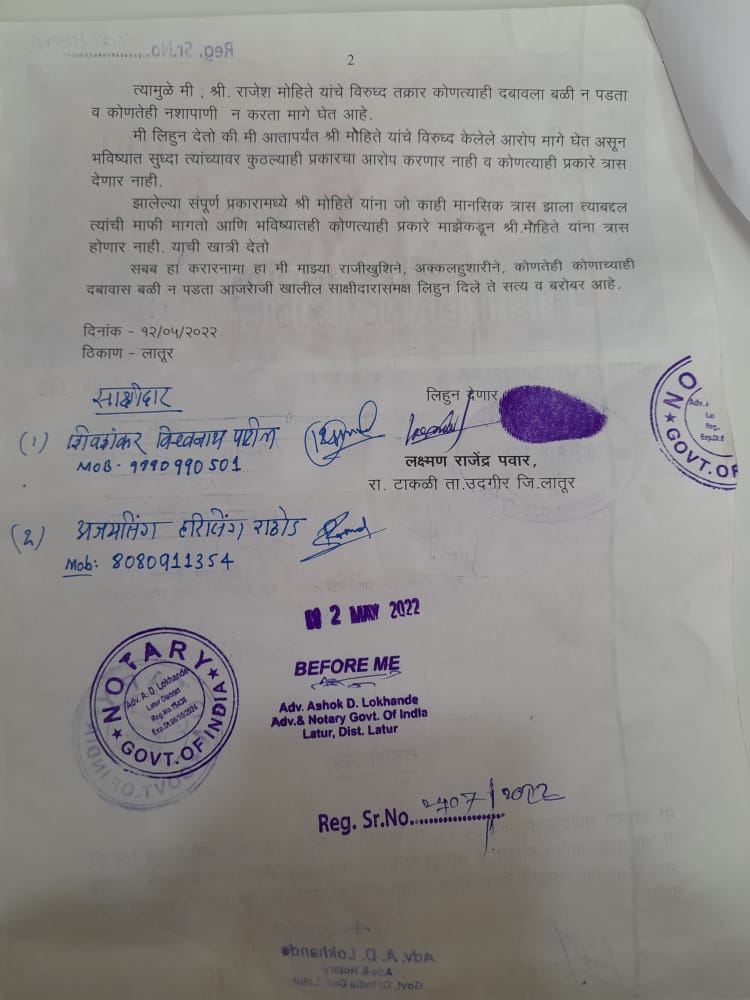 The matter becomes even more intriguing. An affidavit signed by Laxman Pawar on a Rs.100 stamp paper in Udgir, Distirct Latur on 5th May 2022 was forwarded by he Municipal Commissioner Rajesh Mohite to journalists by way of presenting his side of the story. In this affidavit Laxman Pawar writes that he had sent some messages via SMS/Whatsapp to Rajesh Mohite but has now come to know that there is connection between him and Rajesh Mohite therefore he is withdrawing the complaint against Rajesh Mohite. He further writes that he apologises for the troubles he caused by making allegations in the past and promises not to cause  any further trouble to Mohite in the future.

It appears from this affidavit that Laxman Pawar tried to file a complaint and was not only made to withdraw the complaint but also sign an affidavit. The irony of the matter is that while the complaint was not investigated at Latur, now Laxman Pawar himself is the accused person. 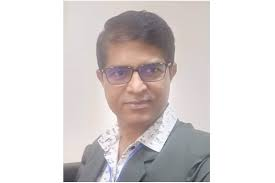 It remains to be seen what kind of investigation the Chandrapur district police conducts in the matter of attempted suicide. Apart from other things there are many questions that are expected to be answered such as:

1) What is the exact nature of the connection between Mohite and Pawar?

2) Did Mohite deposit cash or transfer money in any other manner to Pawar?

3) What are the exact circumstances under which Pawar signed the affidavit in Latur?

4) How did Mohite who was in Chandrapur at the time learn of the affidavit and manage to get a copy of it?

5) What is the role of other officials of Social Justice Department named by Pawar in his conversation in this whole incident?

Overall, the whole matter is extremely mysterious and warrants thorough investigation. We tried to contact Municipal Commissioner Rajesh  Mohite but his phone was not reachable.

It is an open secret that the Social Justice Department  in Mantralaya, like many other departments is a nest of corruption. A person who runs Ashram Shala in Chandrapur described on condition of anonymity how people who run such schools and hostels are forced to pay bribes to the babus in Mantralaya on many pretexts – to get posts sanctioned, to expedite grants, to ‘manage’ enquiries etc. Whatever the truth might eventually emerge from investigations (if at all these investigations remain fair and unbiased) in the particular matter of Laxman Pawar, there is no doubt that the rot in the Social Justice Department at Mantralaya is hardly going to change.