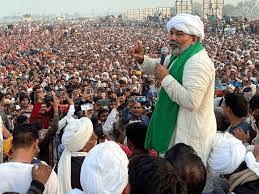 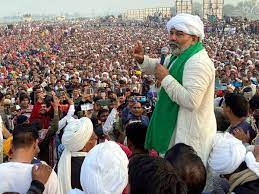 The year-long agitation spearheaded by the Samyukta Kisan Morcha against the three farm laws came to a conclusion on 19th November. A movement that sacrificed 700 lives and in which peaceful demonstrators were brutally mowed down by a minister’s son won the sympathy of the entire nation and the Prime Minister’s announcement to repeal the laws was welcomed as a great victory for the farmers.

What lessons does the farmers’movement hold for future Andolans? In the pre-Modi era the nature of interaction between politicians especially of the ruling party and leaders of peoples’ movements was quite different. There was a space, however constricted, for communication and negotiations. We have seen this on many occasions – for instance when in 2012 Jairam Ramesh then Minister for Rural Development drove down to Agra to meet Jan Satyagrahis who were marching from Gwalior to Delhi for National Land Reforms. Similarly, when the Dongria Kondh community protested at Niyamgiri Rahul Gandhi visited the area more than once. He famously declared himself to be the sipahi of the Adivasis in Delhi. And of course there is also the example of the negotiations that happened between the representatives of the central government and the leaders of India against Corruption. Even when the negotiations failed, we did not see the kind of hostility against protestors that we see now. In brief, the present dispensation is not only suspicious of protestors, there is a sneering condescension bordering on hatred. It is this attitude which allows the Prime Minister to use words like ‘Andolanjeevi’ for dissenters.

In this openly hostile environment, there are two clear lessons to be learnt from the farmers’ movement. Firstly, peoples’ movements have to maintain a consistently positive presence in the social media. The only moment when public sympathy towards the Kisan movement wavered was on Republic Day when certain untoward incidents left a negative sense. But the farmers regained sympathy with every video of the Modi government driving nails into the cement barrier on the roads. The sympathy increased every time people saw farmers beaten, when farmers died, when the SDO instructed the police to break the heads of farmers and when the video of Lekhimpur Kheri went viral. Across the country there was an undeniable anger against the brutality and arrogance of the government towards the farmers. Even those who held contrary opinions about the farm laws were angry with the violent response of the state. How exactly the farmers’ movement ensured a clear, united message over a year-long period in the face of trolling, distortion and threats is something to study and learn from.

Secondly, movements have to be prepared for a very long haul and this extended agitation has to be intimately tied to the election cycle. In the olden times movements did not have the capacity and/or the desire to mess with the ballot box. But now movements have to build up strength and stamina to the extent that it is either able to impact elections, or create a real fear in the minds of the politicians that seats are at stake. In other words, unlike the old-fashioned movements which could appeal to the political leaders from a position of moral high ground, or on the basis of constitutional and/or legal arguments, or on the strength of numbers – present day movements have to aim to make their issue a part of an election campaign. The fact that the protesting farmers came from states such as Punjab, Haryana and Uttar Pradesh which are all going into elections soon and the fact that the protest leaders had made it clear that they were going to take their issue beyond the Singhu border right into the rough and tumble of the elections effectively ensured the Modi step-down.

‘What Moves’ the Politician?

A Personal Farewell to Dr.Gail Omvedt Inspiring Scholar-Activist and a...