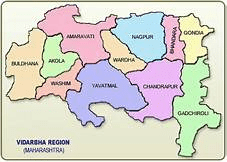 There was a time when activists waited for the winter session of the state assembly to organize rallies at Nagpur and draw attention to the myriad issues impacting ordinary people of Vidarbha. But since the MVA came into power in 2019 not a single assembly session has taken place in Nagpur. In fact since he became the Chief Minister, Uddhav Thackeray  himself has not visited Nagpur even once.

The blatant disregard for the second capital has become symbolic of the overall disregard for Vidarbha under the present MVA dispensation. For instance, the Thackeray government has refused to reconstitute the Statutory Development Boards thereby refusing to address the issue of regional backwardness. It has done next to nothing about long-standing grievances on agrarian distress, irrigation backlogs, and connectivity. Vidarbha accounts for more than 50% of the total farmers’ suicides in the state, the air and groundwater pollution in Chandrapur district has reached life-threatening proportions, deaths due to wildlife attacks and crop losses are increasing everyday and yet none of these problems figure as a priority on the MVA government’s agenda.

The state government has shown a lackadaisical attitude towards ground level problems. Several villages were shrouded in darkness as electricity was disconnected because of lack of funds in the gram panchayats to pay the bills. Paddy farmers were unhappy because of inordinate delay in bonus payments. Farmers whose lands have been acquired for Gosekhurd canal construction have not yet been paid. Mission Vatsalya announced for Covid-impacted families has hardly been implemented.

There is palpable slowing down of infrastructure projects to the extent that Naresh Babu Pugaliya a senior Congress leader openly rued this fact in a press conference. According to him Chandrapur district received more funds during the BJP rule as compared to the present dispensation. He gave the example of how a meager amount of Rs. 2 Lakhs was allocated for the cleaning and deepening of the Erai river inspite of assurances of several crores from ministers like Ajit Pawar and Aditya Thackeray. While nearly 7 kms of the river was proposed to be cleaned, the work had stopped after a mere 100 feet because there was no money for fuel. While important projects like the Murti airport which were initiated during the previous regime continue to languish, not a single new ambitious project has come up in the district. Chandrapur is an indicator for the situation which prevails in all the eleven districts of the region.

The MVA’s neglect of Vidarbha during the 2020 floods can only be termed outrageous. the very same leaders including Uddhav Thackeray, Shrad Pawar, Ajit Pawar who had toured the Konkan districts after the Nisarg cyclone did not show their faces in Vidarbha even though floods in Nagpur Division had affected one lakh people in five districts. Eventually two farmers from Brahmapuri filed a writ petition in the Nagpur High Court against the blatant discrimination faced by Vidarbha as compared to Western Maharashtra and Konkan with regard to compensation amounts.

Traditionally Vidarbha has been treated unfairly by successive governments, but between 2014 and 2019 the dynamics changed as important ministers were from the region including chief minister Devendra Phadnavis, minister for finance, planning and forest Sudhir Mungantiwar and minister for energy Chandrashekhar Bawankule. In 2014 the balance of power shifted definitively away from Western Maharashtra to Vidarbha, and the region made substantial political and financial gains. Now the balance of power has shifted back to Western Maharashtra, and once again Vidarbha is reduced to the status of beggar with broken bowl. If the feeling of neglect grows, the entire brunt of people’s anger will be borne by the Congress Party which is already in dire straits. This is because the other two partners of the MVA i.e. Shiv Sena and NCP have very little traction in the area.

Heralding in the Hindu Rashtra … one bit at...