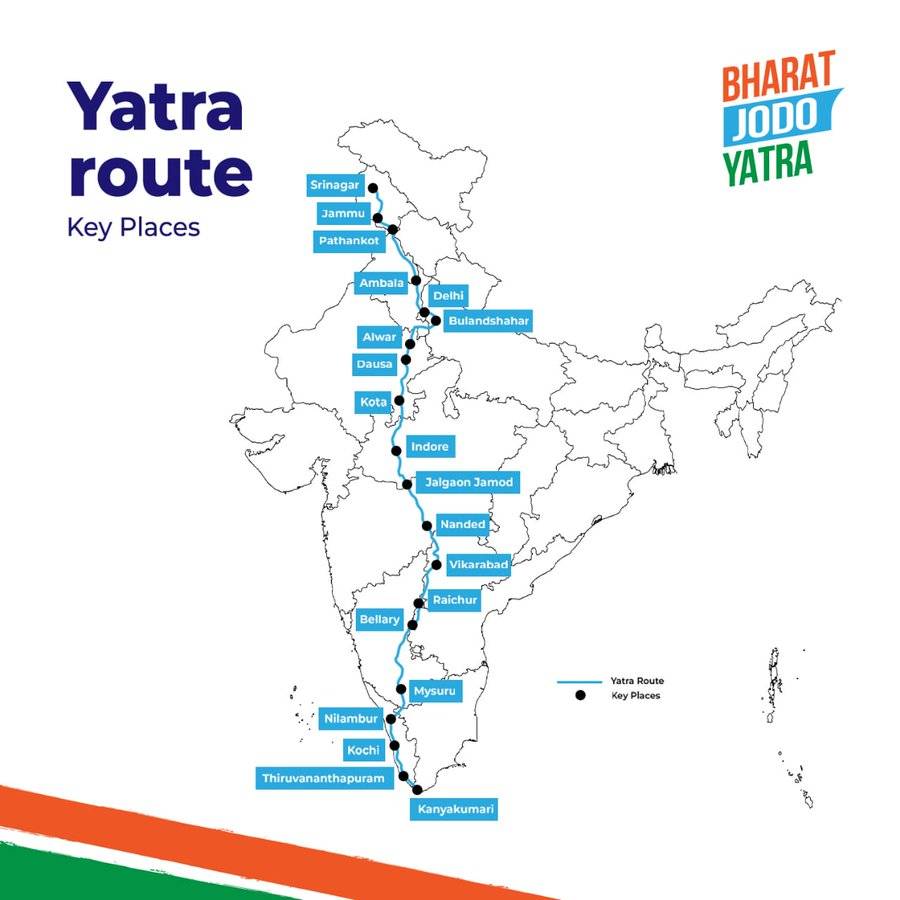 Why is the Bharat Jodo Yatra Neglecting Vidarbha? 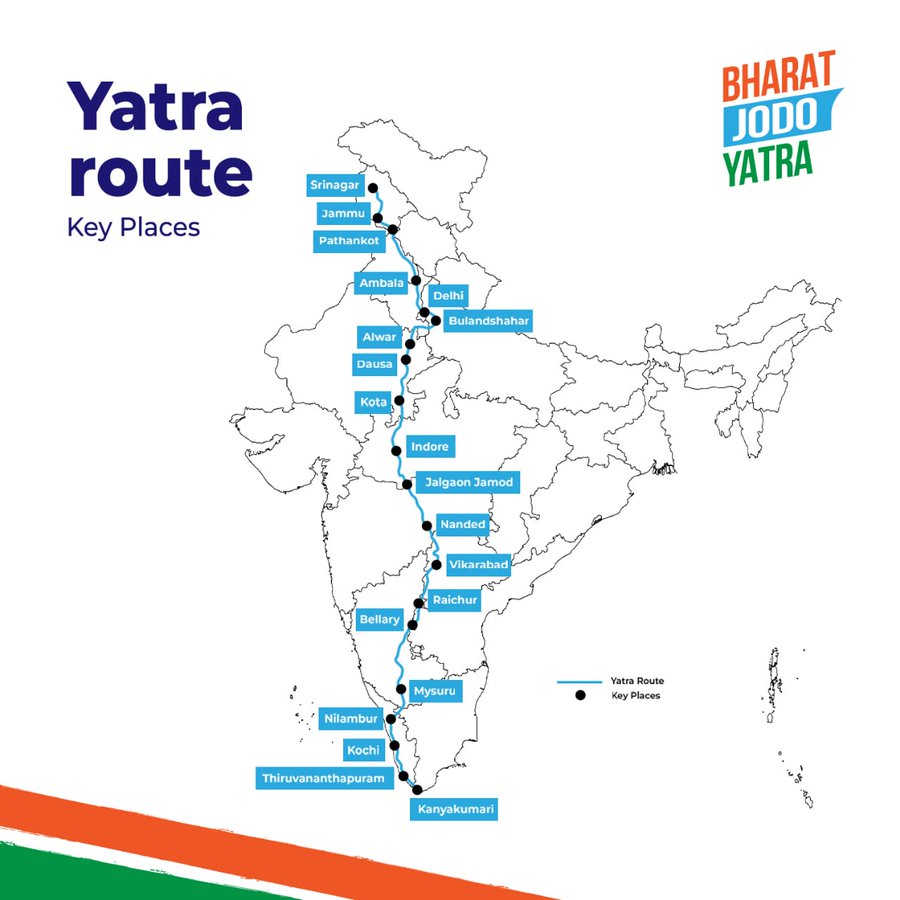 Unlike many esteemed commentators (Tavleen Singh of Indian Express for instance) we welcome the Congress Party’s decision to rejuvenate the party through a Padyatra covering more than 3000 kms from Kanyakumari to Kashmir.
As the Yatra starts today we wish Rahul Gandhi and his team well and hope that they are able to achieve their objectives. Padyatras have an abiding appeal in the Indian political imagination because of the intense association with Mahatma Gandhi and the freedom struggle. By walking from Kanyakumari to Kashmir the Congress party is trying to reclaim and remind people of an Idea of India that is in contrast with the one pursued by the ruling dispensation. Democracy can only thrive when there is a strong opposition and plurality of ideas. Any attempt to strengthen contesting political ideas must be welcomed.
However, as a Vidarbhi I am surprised that the Yatra does not make a single stop in this region of 11 districts. Vidarbha used to be a Congress bastion but has shifted to BJP in recent past. By bringing the Yatra here, Congress could have made an attempt to reconnect with the karyakartas and public in the area.
I would have imagined that Rahul Gandhi would have liked to address people in Wardha where the Sewagram is located. Since Bharat Jodo Yatra is inspired by Gandhiji, it is inexplicable why it is not coming to the place where his memories are most alive. The Yatra would have gained greatly in terms of symbolism from the place where Gandhiji lived and from where he planned the Quit India movement.
It is equally surprising that the historic city of Nagpur is being bypassed. In a sense it amounts to bypassing the heart of India. Nagpur is the place where Dr. Babasaheb Ambedkar gave Deeksha to thousands of his followers. Moreover, Nagpur hosts the headquarters of the Congress’ bete noir – the RSS. A mass meeting by Rahul Gandhi in Nagpur would have been a direct challenge to the opponent whose idealogy he abhors.
And finally Chandrapur. Apart from everything else – Chandrapur is the only district which returned a verdict in favour of Congress in the 2019 Lok Sabha elections by electing the sole Congress parliamentarian from Maharashtra – Suresh Dhanorkar.
There is still time for the Yatra to reach anywhere near Vidarbha. Perhaps by then some plans might change.
– Paromita Goswami

Cut and Thrust of Public Life Old pic of Elgar...

BREAK THE BIAS The Struggle of Women Forest Guides

Raking the Muck in Cooperative Sector