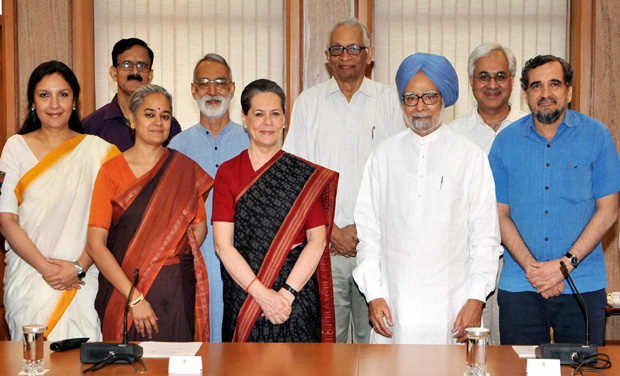 The Congress party has faced humiliating defeat in the recently concluded assembly elections in five states. The defeat has brought the Gandhi family leadership under fire from dissident Congress leaders grouped under the banner of G23. Ghulam Nabi Azad, Kapil Sibal, Manish Tiwari among others are directly and indirectly airing their frustrations at the performance of Rahul Gandhi, although most still claim loyalty to Sonia Gandhi. Many are saying that the family offering to step down and the CWC requesting them to continue is a mere charade which benefits nobody. The BJP, the AAP and other parties are naturally gleeful of the discontent, if not mutiny, in Congress ranks. All in all the dynasty is under attack – especially Rahul G.

It is quite curious that while the Congress is losing election after election, the civil society has remained a quiet spectator of the proceedings. To be fair, civil society leaders have attacked the Modi regime on their various policies, especially after the FCRA law was tightened and licenses of thousands of NGOs lapsed due to non-renewal. However, taking a position against the BJP government is not the same as supporting the Congress.

It is unfortunate that the civil society especially those who claim to work on mass-based issues exhibit a supercilious attitude towards political leaders. It is an attitude which communicates moral superiority- we are with the people, we know people’s issues. Elected representatives are seen more as instruments who should listen and respond to their various demands without raising any questions. We saw this when the MGNREGA was being debated in the parliament and NAC members were protesting outside the parliament because the cabinet had reduced the number of days of guaranteed employment from 365 to 100. They refused to listen to senior politicians like Pranab Mukherjee and Sharad Pawar who argued that the government did not have the kind of money required for a 365 days programme. Finally, Sonia Gandhi had to intervene and the bill was passed.

The civil society has long cultivated a neutral non-electoral image – it was seen a part of the moral superiority that they did not participate in the dirty business of seeking votes. But today this image amounts to living in a fool’s paradise, given that the comfort zone of political neutrality is fast diminishing. There is no denying that civil society enjoyed its height of power and prestige under the UPA. Between 2004 and 2014 leaders of the civil society sat in the National Advisory Council and had direct access to the top most political leadership in the shape of Sonia Gandhi. The NAC members enjoyed the privilege of drafting legislation, to the extent that they were criticised as acting as an unelected cabinet. It is also clear that the stint in the NAC was not voluntary service as members received payments as decided from time to time by the central government. Having enjoyed such direct benefits from the Congress rule, why do the civil society leaders not show the courage to openly support the party?

Civil society leaders and organisations are associated with specific issues like food security, forest rights, rural livelihood etc. However, now the battle has shifted beyond specific issues into highly contentious ideological terrains and even as citizens one is called upon to take ideological positions. There was a time when Jean Dreze and Aruna Roy had the luxury of quibbling over the nitty-gritties of food security act and the former even resigned over the issue, but now when there are larger battles going on about what should determine the politics and the future of the country,  stalwarts like them are missing in action. We don’t see them campaigning and seeking votes on behalf of the very party that drafted their causes into legislation. In fact we don’t see there faces in any election campaign, period.

Even if the dynasty were to go, one can hope that the Congress party would eventually find a way to revive itself. Meanwhile, the civil society must shed its shy attitude towards politics otherwise soon they will find themselves thoroughly irrelevant.

The Antilla Bomb Scare Case has all the twists...