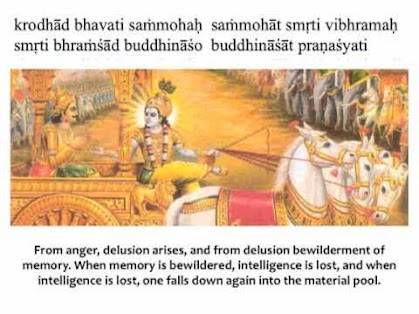 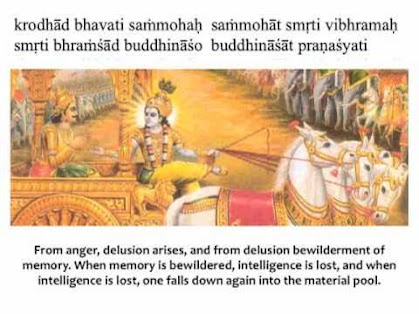 The BJP has just won four out of five states including the all important Uttar Pradesh. Undoubtedly, the saffron party has become a seemingly unstoppable juggernaut. Print media and TV channels have shown in colourful maps and graphics how large parts of the country are coming under the saffron sway. However for a party that is on a winning spree, the BJP and the parivar don’t seem to be a contented lot  – on the contrary they are always angry. You have to only see Nirmala Seetharaman’s defense of ‘Kashmir Files’ in Parliament as an example of what we mean. The shrill accusatory tone is the preferred pitch of most party leaders. Victory after victory does not seem to douse their anger – why?

During the U.P election campaigns the slogan of ‘80 versus 20’ i.e majority Hindus versus minority Muslims took centre stage. But after the U.P victory, the analysis centred around how various caste combinations worked in favour of the BJP. The party was congratulated for its astute stitching together the support of high and low castes and the castes in between. Moreover, every senior leader from Piyush Goyal to Smriti Irani gave details of how free ration, houses and crime control had brought in the victory in UP. Nobody breathed a word about ‘80 versus 20’ – nobody said, ‘we won because the 20 percent Muslims never had a chance against us’ – it was all about caste arithmetic, good governance and of course the leadership of Modi ji. Thus, the anger whipped up against minorities during election campaign was not part of the post-election discourse at all. This does not mean that the anger disappeared – it may have disappeared in U.P but rest assured it will reappear in whichever is the next state going into elections.

It appears that the angry posture rakes in the votes, and the party knows this. Even if the elections are over, there is no whittling down of anger and it is not even momentarily dispensed with. Possibly because since this country is perpetually in the election mode – now Gujarat elections are coming up –  the right wing requires to remain perpetually angry to remain in power.

Anger in the ruling dispensation is almost counterintuitive. Expressing and mobilising discontent, anger, opposition used to be the exclusive domain of those out of power, but now it is the weapon in the hands of a party and parivar that is in full majority in the centre and in many states and which claims to represent the majority community. The opposition appears weak because it has lost its supreme weapon – the right to express discontent at the ruling party – all it can do now is express dismay. Instead of the rulers being held accountable for their policies, the opposition is held accountable for past and present performances and ends up offering bland explanations. Anger as a political weapon is working wonderfully for the right wing.

It is a strange situation that the winners are angry. The right wing has already accomplished much of their stated agenda. E.g. beef ban is in place, triple talaq is criminalised,  Article 370 is revoked, Karnataka High Court has supported the removal of Hijab from schools, the road to CAA NRC is complete and as the party has suggested will not be rolled back, Shrimad Bhagvad Gita is part of school curriculum, JNU is subjugated etc etc. Instead of a sense of samadhaan, of resolution and conciliation, all these accomplishments are accompanied with fierce expressions of anger and resentment. The atmosphere is one of vanquishing an enemy rather than taking the country forward towards better days, bringing succour to more people.

So what lies ahead? We can safely assume that the right wing will remain in anger forever – even after their each and every goal is achieved, they will still find situations and communities to vent their fury. More the right wing anger – real and manufactured – the more the votes. The thing is that it is difficult to maintain perpetual anger, especially when one is the winner. One has to continuously find or create circumstances to express anger. This is the reason why we can expect a relentless parade of causes and occasions by which the right wing will showcase their anger. The anger/vote is a formidable matrix which the opposition would have to crack.

Picture from the internet.

What Feeds the Indian Right Wing?