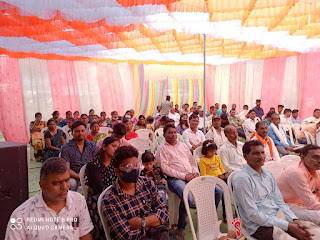 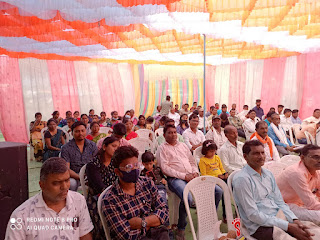 Sampada Urban Nidhi bank, a micro finance institution registered under Section 620(A)(1) of the  Companies Act, 1956, is celebrating the completion of two years of service. The chairperson of the bank is Dr. Kalyan Kumar and other directors include Adv. Farhat Baig, Adv. Paromita Goswami, Vijay Sidhawar, Manish Jain, Shashikant Batkamwar, Pravin Chichghare, Ghanshyam Meshram & Adv Farah Baig. Sampada Bank was inaugurated on 9th February 2020 at Sindewahi. Subsequently, the bank started a number of collection centres at Gunjewahi, Brahmapuri, Mul, Rajura and Chandrapur. One of the greatest achievements of this bank is that the branches are being managed by women. The objective of the bank is to reach to accept deposits and extend loans to its members. It’s turnover in the last two years has reached up to Rs. 5 Crores. 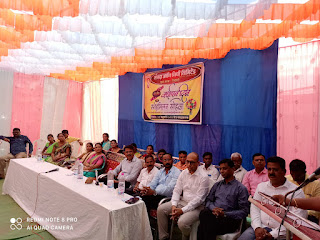 Although the bank is working with all segments of society, it has made greater efforts to reach the rural and semi urban sections. The bank is also trying to reach those sections who were previously outside the purview of financial institutions and who depended on informal access to loans e.g. through moneylenders on exorbitant interest rates which can be as high as 50% to 60%. Such informal systems include the ‘chitthi’ system in urban centres and the ‘didhi’ system in rural areas. 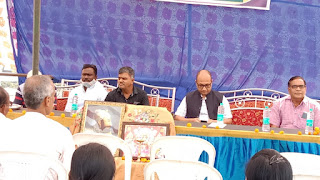 The bank has planned to conduct general body meeting of its members at Sindewahi and other collection centres in order to get directly in touch with members and investors. Although the general body meeting should ideally be an annual affair, it could not be organised because of the Covid pandemic. The bank has a membership of around 4000 and the meetings are planned to allow maximum participation and interaction.

The first meeting was held in Sindewahi at the main branch. It was attended by around 500 to 600 members. The President and ex-president of Sindewahi Traders Association as well as ten newly elected Nagar Sewak of Sindewahi Nagar Panchayat from across parties attended the meeting. Local media persons and social workers were also present. The chairperson and directors, staff and agents were also present.

At the meeting the Chairperson presented the progress of the bank in the past two years and the future plans. For instance, the use of software technology, installment of ATM machines and streamlining of the loan process were discussed. The President of Trader’s Assocation said that Sampada had done a commendable work of building a core membership drawn from farmers, street vendors and micro-entrepreneurs. He expressed his willingness to organise a meeting with traders through his association so that the bank can be linked to the trading community also. Some of the members, investors, as also the newly elected Nagar Sewak were felicitated by Sampada. On the day of the programme itself several members made deposits up to Rs. 4 lakhs in the bank. The major expenditure of food was borne by the staff and agents who volunteered to contribute to this programme.