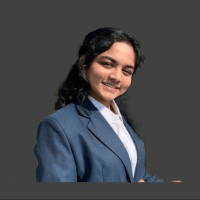 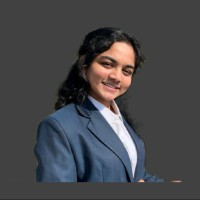 While I was reading the case files of Valmik Dagoji Pendam v. S.D.O. and Chairperson, Sub- Divisional Level Forest Rights Committee, Chimur[1], some very genuine questions came into my mind. Before I mention the facts of this case, I will explain in very short how I got interested in this topic. Currently, I am working as a legal intern at a social organization named Elgar Pratishthan which works for underprivileged people in Chandrapur and Gadchiroli districts of the Vidarbha region. Here I get to research some very interesting cases and provisions and one such day I came across the Valmik Pendam case. The facts of the case are as follows –The plaintiff (Valmik Pendam) belongs to the  scheduled tribe (Gond) and therefore is entitled under the Scheduled Tribes and Other Traditional Forest Dwellers (Recognition of Forest Rights) Act 2006 to access patta for a piece of forest land that he is cultivating since long.

The plaintiff is the original encroacher[2] on forest land for his livelihood and therefore applied for getting patta of his land in accordance with the said Act. He contended that after submitting all the relevant documents the government officials (defendants) neither came to the spot for measurement nor granted him the patta. Instead they rejected his claim on that grounds that there is no evidence of encroachment of the plaintiff on the forest land. He further contended that the defendants forcefully entered his land and destroyed his paddy bunds destroying his thirty years of hard work amounting to a loss of Rs. 3,00,000/-. Therefore, he brought a suit for declaration, damages, and a mandatory and permanent injunction under section 9 of the Criminal Procedure Code and section 38 of the Specific Relief Act.

In another similar case Baban Yesoji Jarate v. Gram Panchayat Tadala and Ors.[3]the plaintiff contended that the gram panchayat authorities hatched a conspiracy against the plaintiff to auction the goods in his house. According to him, he acquired a total loss of Rs. 2,00,000/-. Therefore, he filed the claim for compensation under section 21 of the Specific Relief Act.

Both of the above are tort law cases for the claim of awarding compensation for damages. After reading both of the cases the questions that arose in my mind were how did the law of torts originate in India? How its application in India is different from that in western countries? What statutes do we have on tort law? If people like Valmik Pendam and Baban Jarate can file tort cases why can’t other people and why is tort law so unpopular in India? After all the atrocities experienced by Pendam have been faced by almost a hundred other farmers of his village and all of them have been evicted from their lands by the forest department. So did all those farmers not fight for their legal rights to avail themselves of damages? To find answers to all these questions I researched and I found the following:

How did the Law of Torts originate in India?

Before the beginning of the 18th century, any wrongful acts committed in India were mainly dealt with by the personal and religious laws of the individuals. The concept of the law of torts emerged in India through colonial rule. The British introduced the common law system in India which included tort law. In modern times, the UK and other common law countries apply the mode of precedents to decide the tortious liability, and so does India.

What statutes govern the Tort Law in India?

Although some elements of tort law can be found in criminal law it is primarily embedded in the civil law system. This leads us to a new question – is there any statute in India that encompasses the tort law in a broad sense? The crux of the tort law is concerned with the compensation for damage suffered as a result of another’s acts or omissions. So, if the fundamental remedy revolves around the idea of awarding damages, then there are many statutes in India that provide us with various forms of monetary compensation.

For example, section 40 of the Specific Relief Act, 1963[4] deals with damages in lieu of, or in addition to, injunction under sections 38 and 39 of the same Act, sections 73, 74, and 75 ofthe Indian Contract Act, 1872[5] deal with compensation for loss or damage caused by a breach of contract, for breach of contract where penalty stipulated for, and where a party is rightfully rescinding contract respectively. Similarly, section 19 of the Code of Civil Procedure, 1908[6] contains suits for compensation for wrongs to person or movables, and section 12 of the Indian Evidence Act, 1872[7] says in suits for damages, facts tending to enable Court to determine the amount are relevant, etc. There are several other Indian statutes too that have provisions for compensation and the best way to address tort law in a broad sense is the amalgamation of all these provisions.

Why is the Law of Torts so unpopular in India?

It has been observed that, unlike in other western countries, the application of tort law in the Indian context is still on a lower level. There can be many practical aspects of its implementation which cause its unpopularity in India. One of such aspects is its narrower conception in the Hindu and Muslim law.[8] Even though we have derived the tort law from the English common law, it has evolved its nature according to the Indian context. In India, the prevalence of punishments for crimes is more prominent in the Hindu and Muslim laws than compensation for wrongs. This undermines the idea of proving damages in tort law. Another reason for its unpopularity in India can be the tardiness in enforcing rights, and long and difficult procedures due to the complexities in various provisions such as the Civil Procedure Code, the Indian Evidence Act, and other such statutes. These maybe the reasons why those hundred farmers whose rights were violated along with Valmik Pendam did not initiate any suit for damages for the infringement of their legal rights.

A key difference between the courts in the UK and US and those in India is the difference in the ratio of judges per thousand population which is much greater in those countries than in India. Moreover, these western countries which underwent rapid industrialization have not limited torts to property rights as is the case in India. [9] For example, in Cambridge Water Co Ltd v. Eastern Counties Leather plc (1994)[10] the plaintiff seeks compensation for nuisance and negligence. Some other cases in diversified fields are Donoghue v. Stevenson[11]for doctrine of negligence and neighbour principle, Gloucester Grammar School case[12]for the principle of Damnum sine injuria, and Ashby v. White[13]for the principle of Injuria sine damnum, etc.

Such factors have contributed to the western countries in building a society in which tort litigation is increasing in volume and diversity. The comparative assessment of tort law in different countries tells us that as the society progresses and as the democratic instinct/culture becomes more prevalent people become more and more aware of their rights and seek compensation for wrongs committed apart from or in addition to bodily punishments. This is one of the markers of civilisational and cultural relevance. It would be a welcome trend if the likes of Valmik. Pendam and Jarate increase in our country as it would show and increase in the awareness about the wrong committed and a demand for compensation for injuries suffered.

Ishita Mahajan is a first-year student at Maharashtra National Law University, Nagpur completing her  legal internship at the NGO Elgar Pratishthan, Chandrapur. She cane be reached at  ishitamahajanngp@gmail.com

[2]Encroacher in this case is referred to a Scheduled Tribe who either is landless or has a considerably very small size of land which isn’t enough for his livelihood, and is in peaceful possession of a forest land without any obstacle for a long time, who eventually occupies the right to ownership of that land.

Caste Conundrum – Caste Census of OBCs in Maharashtra   The...

Applauding Indian Women in Olympics – And a Message for Maharashtra

The women who represented India in the Tokyo Olympics did...
TOTAL PAGEVIEWS
VGThe VidarbhaGazette