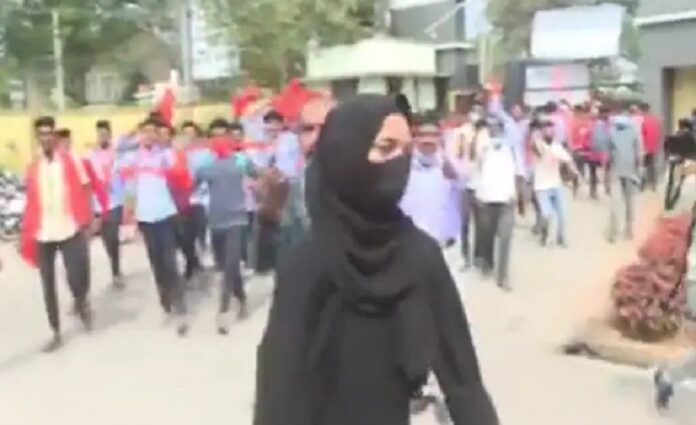 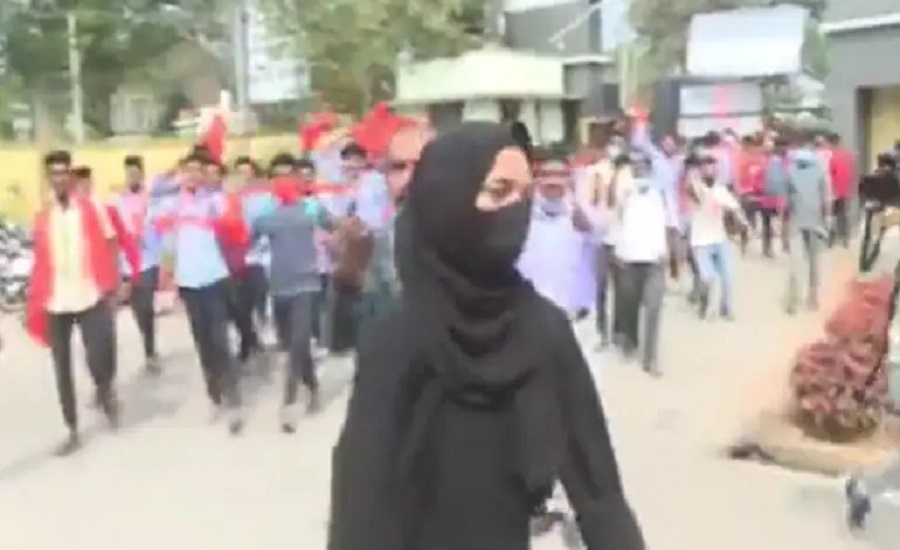 Here the simple point is, who the hell gave some extremist right-wing lumpen elements the impunity to heckle a woman on the streets? Is this the tradition of democracy our PM loves to glorify?

These goons belong to the same extremist right-wing that every other day spouts their claims of becoming Vishwaguru. Are they going to become Vishwaguru by letting loose such goondas? These are the same elements who give long lectures about Hindu shastras. On one hand they piously recite ‘yatra naryastu pujyante, ramante tatra devtah’ – Gods dwell where women are worshipped – and on the other hand their goons harass women entering a college premise.

By the way, where are all the BJP leaders who swear by Ram? Did they feel no anger or shame when the name of Ram was uttered as a taunt to hurt a girl by shouting ‘Jai Shree Ram, Jai Shree Ram’ at her? There was a time when ‘Ram Ram’ was a gentle greeting, now these hooligans have converted the name of Ram into an instrument of harassment. If this is not blasphemous then what is? Why are the BJP leaders who swear by Ram day and night not uttering a word against this blasphemy?

People across the country have voiced their support for the woman who was alone and who shouted Allah Hu Akbar at the harassers. Whether she will be allowed to continue college in her Hijab is now a matter before the Karnataka High Court and the Supreme Court. Whether Hijabs or saffron shawls have a place in  state-run educational institutions is a complex question for the full bench to decide. While we wait for the justices to find the right balance between minority rights and secular ethos, there is a frightening reality staring right at our faces which each of us has to deal with.

It is very clear that the attack against the Hijab has nothing to do with secular dress code. The appeal to dress code is only a convenient weapon to attack Muslim women and the Muslim community at large. These same people who are today talking about secular dress code have no qualms about laying the foundation stone of the new Parliament building by doing a patently Hindu ritual of Bhoomi Pujan. All norms of secularism were forgotten as the priests of Sringeri Math chanted Mantras around the Havan Kund. If Bhoomi Pujan is acceptable in the Parliament, why should the Hijab be unacceptable in school? Either secularism should be equally upheld in all public spaces or let’s call out the hypocrisy.

Thus, the Hijab controversy has little to do with dress code and more to do with the well-planned, continuous attacks on the Muslim community. There has been no respite in the last few years – from Ayodhya judgment, to removal of Article 370, to CAA and NRC, to criminalising triple talaq, to arrest of Aryan Khan, to call for genocide in Dharam Sansads, to Bulli Buy and Sulli Deals, to not allowing Namaz in the open spaces at Noida and now this Hijab controversy – every day has brought some new form of attack. There is a visible, palpable hardening of social and physical boundaries.

Those who rub their hands in Islamophobic glee must understand that this hatred will not only hurt the Muslims, it shall first of all destroy Hindu men. Yes, the extremist Hindu right-wing has a target on young Hindu men who are encouraged to don saffron shawls and mob women on streets. The anti-Muslim hate campaign should concern every Hindu mother who wants her son to grow up as a decent human being. Yes the time has come to say out aloud ‘Beware Hindu men Beware… your sanity, your sensitivity, your rationality, your decency, your very humanity is at stake. Beware!’