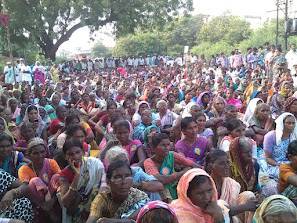 What ‘Moves’ the Politician? 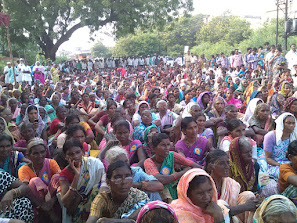 There is an increasing tendency amongst politicians to either avoid or dismiss citizens’ protest. Whether it is the Prime Minister addressing protesting farmers derogatorily as ‘andolanjeevis’ or the Guardian Minister’s dismissive attitude towards agitating Covid warriors in Chandrapur – it is apparent that our political masters are not ‘moved’ by the greatness of numbers, or the justness of the demands or the gritty tenacity of the protestors.

So the question rises – what would ‘move’ the politician? And the simple answer is the spectre of losing elections. In recent times, winning elections has been fine-tuned into an art, the mastery over which has freed politicians from the necessity of responding to protests.

For most politicians winning elections requires certain abilities, chief among which are as follows:

A politician or a party which has mastered the above-mentioned abilities feels released from the strain of talking to protestors. Thus the only way to ‘reach’ the political decision-maker is to directly link the issue to elections. The constitutional right to protest no longer ensures a sympathetic hearing, leave alone resolution in accordance to the protestors’ expectations. Rather the mere threat of shifting votes, even at the most local level, the slightest whiff of losing a couple of mahanagar palikas or even a few gram panchayats could ‘stir’ politicians enough to open channels of negotiations.

Moreover, as long as netas are convinced that the crowd is drawn from scattered geographical constituencies it makes no difference to them how massive the gathering is and how long the people remain at the barricades. A smaller protest of thousand people from one geographical constituency is far more daunting to the politician than five thousand people drawn from five hundred different constituencies. The arithmetic of representation often works in a reverse fashion as far as netas are concerned.

If a protest is failing to get the desired response it means that the politicians (rightly or wrongly) remain convinced that the agitation is not going to hurt them electorally. The obverse also appears to be true – if politicians sense ‘trouble’, they rush to address the problem even in the absence of andolans. Here’s a small example – recently the Maharashtra government decided that the electricity bills for village street lights will be paid by the gram panchayats. The gram panchayats largely failed to collect any extra amounts from the villagers. The electricity department handed out notices to gram panchayats stating that the connection to the street lights will be severed unless the bills were paid. As the discontent in the villages grew, Sarpanches rushed to meet their party netas. Already several MLAs across party lines have publicly demanded that connections to street lights should not be severed under any condition. A few have declared it was a bad policy in the first place to saddle gram panchayats with hefty electricity bills. It is only a matter of days before the Maharashtra government will rescind their order.