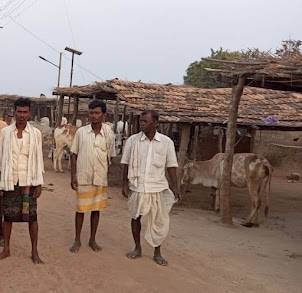 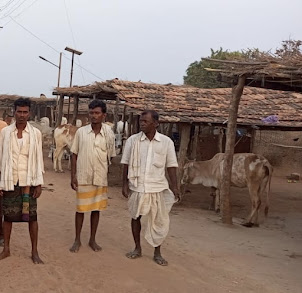 The Kolam Adivasis, belonging to the Particularly Vulnerable Group are one of the most marginalised communities in Vidarbha. In Chandrapur district Kolam hamlets or ‘gudas’ are primarily scattered across Jivti, Korpana and Rajura blocks. The community speaks in own Kolami language and maintains its distinct culture. As in other parts of the country, the Kolam community in Chandrapur have suffered immensely because of their geographical and psychological distance from the administrative and judicial system. They suffered for a long time without being able to effectively raise their voice for their rights. Land rights has been at the core of injustice heaped on the community. Not only were they dispossessed by non-tribal outsiders who forcibly grabbed their land, they were also dispossessed by government authorities who dispossessed them in the name of public project without adequate compensation or rehabilitation.

This pattern of dispossession and deprivation is being repeated in Murti Kolamguda. This community used to previously live in a nearby village called Pimpalgaon. Many years ago they were displaced from that place as the village was submerged during they construction of the Dongargaon Irrgitation Project. They were made to leave the village without proper rehabilitation and after wandering around they settled in the outskirts of the village Murti. This hamlet came to be called as Murti Kolamguda. Initially there were around 23 families which have today increased to round 120.

Already dispossessed once, this hapless community is now facing a second dispossession as the land is being acquired for construction of the Greenfield Airport by the Maharashtra Airport Development Company. The MADC alongwith officials of the revenue department have initiated the process of land acquisition of more than 260 Ha land since 2018 without informing the Adivasis who were living there and also cultivating the land. During the Joint Measurement exercise the Survey department erected a pillar in the middle of the village. When the Adivasis asked why they were putting up a pillar, they learned that the land had been earmarked for the airport. 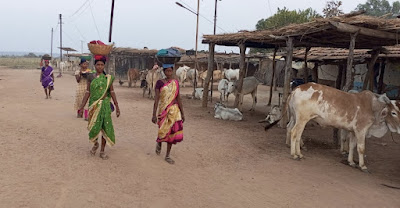 However this time the Kolam Adivasis of Murti Kolamguda have decided to fight with the help of the social organisation Shramik Elgar. The organisation helped them to collect the relevant documents and file civil suits in the Chandrapur district court. More than 20 Kolam Adivasis have filed individual suits by which they have pleaded for compensation, solatium and other benefits. They have asked for mandatory injunction against being dispossessed from the land unless the defendant-government agencies prepare proper plan for rehabilitation. They have pleaded the court to issue permanent injunction against the defendants to restrain them from entering the land and disturbing the peaceful possession of the Adivasis.

In the written statement on behalf of the revenue officials, the Tehsildar Rajura has admitted that the plaintiff Adivasis belong to the particularly vulnerable tribe that is Kolam tribe and have been previously dispossessed from Pimpalgaon. He has further admitted that around 23 Kolam tribals were granted pattas under the Forest Right Act, 2006 although the measurement of the land was not carried out due to some technical problems. The reply of the Tehsildar, in effect, concurs with the story of the plaintiffs.

The Chief Engineer has also filed a statement on behalf of MADC which, while contending the claims of the plaintiffs regarding title to the land, has conceded to the right of the Adivasi plaintiffs to compensation, solatium and rehabilitation in accordance with the law.

The Adivasis are hopeful of a positive outcome in the district court.

The matter is being heard by Civil Judge (Senior Division) Hon’ble Prashant Kale. Advocate Farhat Baig and Advocate Kalyan Kumar are representing the Kolam tribals in this suit.