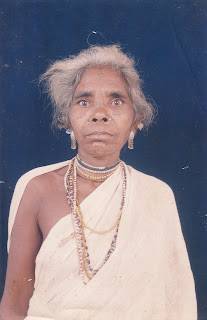 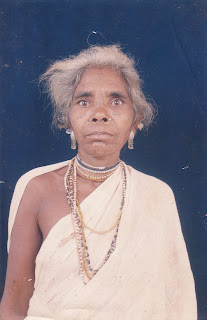 Shramik Elgar’s name is inextricably linked with the case of Chinna Mattami. Even after all these years, every now and then people want to hear the story one more time. Even on this Women’s Day a few readers suggested we should write about Chinna Mattami.

Actually the story of Chinna is really the story of his mother Jabbebai Vatte Mattami who fought for six long years pursuing justice for her son who was shot dead in a police encounter and later declared by the police to be a Naxalite. Jabbebai’s struggled with the singular mission to prove that the police had killed him wrongfully. 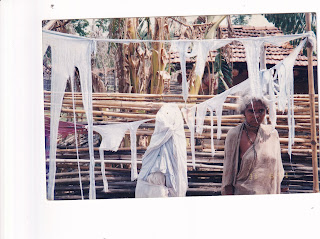 Jabbebai was a distraught mother when we first met her at her home in Maraknar village of Bhamragad taluka in March 2001. One morning her younger son Chinna, 17 years old, had gone fishing with his friends in Koparshi forest and the next evening she learned that his dead body was to the police outpost. By the time she and her older son along with a few villagers crossed the nullah and the forest to reach the outpost, it was dark. Jabbebai wanted to take her son’s body home but she was not even allowed to enter the Kothi outpost. She sat weeping outside the whole night. Next day the body was handed over after the post mortem.

According to Chinna’s companions, they were resting under a tree on their way back home. Suddenly a police patrol appeared on the road at a distance. The police started shouting at them. The tribals raised their handed above their heads and shouted, “We are Adivasis!” but the police started shooting. Possibly the police opened fire taking them to be Naxalites or their supporters. While Chinna’s four friends ran away in fear, Chinna had a fever and could not run. He was shot in two places but still alive when the police party approached him under the tree. They hoisted him on a makeshift stretcher and started walking back towards the outpost. On the way the police wrote two ‘dying declaration’ notes and made Chinna sign both of them. Chinna lost consciousness on the way and eventually died.

There was unprecedented outrage at the death of the young Madia tribal boy. Madias a particularly vulnerable tribe living in Gadchiroli.The Bhamragad taluka was closed for a day. Media reports constantly highlighted the tragedy. Media persons like Devendra Gawande, Gajanan Janbhor and Mahesh Tiwari were particularly committed to the issue and visited the area several times. The then SP Gadchiroli went on record declaring Chinna to be either a Naxalite or a Naxalite supporter which only irked the local people who insisted otherwise. The irony of the matter was that Chinna had, in fact, worked as a labourer to construct the Kothi police outpost where his dead body had laid all night.

As is the procedure under criminal law, Chinna’s death was enquired into by the Sub-divisional magistrate (SDM) and many people including the Madia leader Malu Kopa Bogami who was the District President of Congress Party came forward to give statements before the SDM. The enquiry report was not made available to the public in Gadchiroli but a copy was procured by Samarthan, an advocacy organisation based in Mumbai. 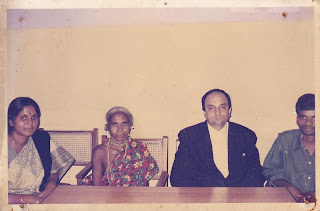 It was just one day before the last working day of the Nagpur High Court before the court was adjourned for winter vacation. Adv. Ashutosh Dharmadhikari and his team worked hard to draft the writ petition and bring it before the court on the last working day. An urgency had arisen in this case as a result of the public protests. The police had started a campaign in every police station to collect character notes of tribals. The C-note comprised of detailed information about the person and palm prints of both hands. These were people – men and women – who did not have any previous police record and yet they were treated like criminals.

It was impossible for any of us to speak to Jabbebai because none of us spoke the Madia language. Her elder son Pandu was the translator. When we asked both of them to come to Nagpur, Pandu was reluctant because felt that going to court might create even more problems with the police. But Jabbebai did not hesitate for a moment. Pandu translated our request and she immediately nodded her head.

On the very first day Jabbebai, Pandu were present along with activists of Shramik Elgar. Even though she did not understand a word of what was said, her eyes would fill up with tears whenever she heard Chinna’s name. In the very first hearing, the court issued notices to the state and the matter was kept for after the vacation. That evening Jabbebai was present with activists at Nagpur press club for informing the press. 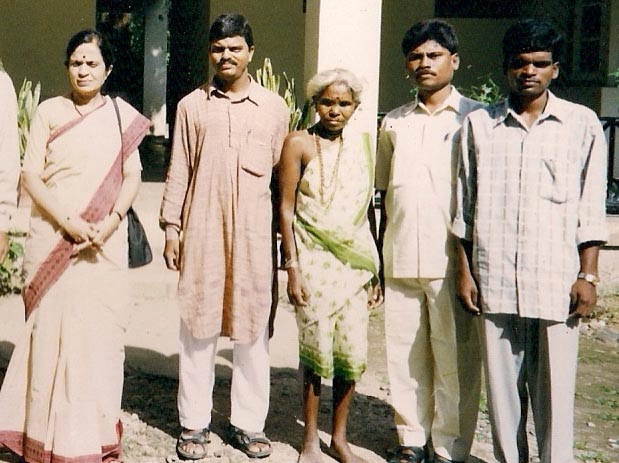 Jabbebai’s matter was listed immediately after the court vacations. It was heard continuously for four days from morning till evening. The High Court went through the investigation reports and there were intense arguments regarding various aspects of the police action – post mortem report, spot and inquest panchanamas, forensic and ballistic reports, SDM enquiry report – the High Court went through them all.

One particular moment is etched in my memory. On the last day, the court room was packed with lawyers when we entered with Jabbebai. There was barely place to stand and we both squeezed into a corner. Suddenly a lawyer rose from his seat and offered it to Jabbebai. She refused but he insisted and she finally sat down – her colourful dress, white hair and jewellery standing out amidst rows of black gowned lawyers.

In the end, based on the precedent set by the Supreme Court in the case of Nilabati Behera, the High Court ordered an interim compensation of Rs. 2 Lakhs and a CBI inquiry. The order was dictated in open court by Hon’ble Justice R. S. Mohite – a moment when one felt that the Constitution came to the defense of a Adivasi woman. Jabbebai was felicitated by many people both in Bhamragad and in Mumbai. 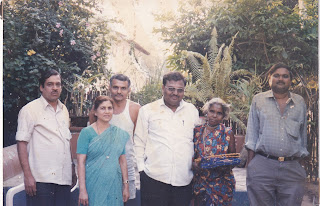 However, the State of Maharashtra decided to appeal against this interim order and specifically against the compensation. The government was successful in procuring a stay order from the Supreme Court and Jabbebai’s struggle continued. The struggle was never for the money but for to prove her son’s innocence.

Every year when the Assembly was is session at Nagpur, Jabbebai would accompany us to meet the MLAs and protest against the injustice. It was unfortunate that in those days Maharashtra Government was in the news for its decision not to appeal in the Supreme Court against the filmstar Sanjay Dutt who was booked under terror laws, but had made Jabbebai’s case a prestige issue.

In 2006 Jabbebai, Pandu and activists of Shramik Elgar sat in fast outside the Nagpur Assembly in protest. At that time Ramdas Kadam was the Leader of Opposition and he took us for a meeting with the Home Minister R. R Patil (Aba). It was a long meeting as Aba was not convinced that the government should withdraw the case.

“What is the message of your government to the tribals in Gadchiroli? That it is foolish to expect justice from the system?” I asked him with Jabbebai sitting between me and Pandu, “Would you say to a mother like Jabbebai that it was her mistake to knock the doors of justice instead of joining the rebels?”

Later, Aba instructed the law and judiciary department to withdraw the case in the apex court. With renowned socialist leader Sadanand Varde and other dignitaries.

Jabbebai was not really interested in the money much of which ultimately went to support Pandu and his family. She continued to live in her little hut in Maraknar village of Bhamragad. A few years back we received a phone call from Pandu that Jabbebai had died. Yet we remember her to this day as a mother who created history. Jabbebai Vatte Mattami was the first Madia woman ever to have petitioned the High Court in any matter. Her journey from Maraknar to Nagpur was not just a geographical one, it was a journey of immense psychological and symbolic value and we were blessed to be a part of it.