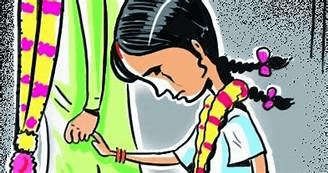 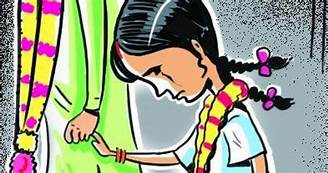 The recent decision by the Central Cabinet to raise the age of marriage of girls from 18 years to 21 years does not even pretend to address the ground level concerns regarding prevention of child marriages.

There is no doubt that early marriage has severely adverse effects on the health, education and social life of girls but the mere raising of age of marriage from 18 years to 21 years for girls is not going to bring any positive results in preventing child marriages. Statistics show that the mean age of marriage in India is around 22 years i.e. that most women are in any case marrying above the age of 21years. However it is a matter of concern that nearly 27% of the marriages remain below the legal age of marriage. Instead of raising the legal age of marriage, the government should have come forward with concrete steps for the implementation of the existing legal age. During the Covid lockdown period the loss of jobs of parents, the closure of schools and other factors led to massive rise in child marriages across the country, and the Modi government did nothing to respond to that crisis. Now by raising the legal age of marriage it wants to make a pretense of being concerned about this issue, without taking any real responsibility.

We already have a stringent law on paper and which has proved inadequate on the ground. In 2006 the Prohibition of Child Marriages Act was passed with provisions for the prevention, detection and punishment. The law provided for rigorous punishment along with fine for men above the age of 21 years who marry below-age girls as also for those (parents or others) who organize such marriages. The law also provided for the appointment of Child Marriage Prevention Officers (CMPO) who were empowered to ensure implementation of the law. All these provisions remained on paper, and in reality, across the country state governments failed to appoint CMPOs and showed unforgivable apathy towards framing of rules.

Nearly ten years after the Prohibition of Child Marriages Act, 2006 was passed, in 2015, the CAG came out with damning reports against Maharashtra and Gujarat. The CAG found that in both these states there was rampant under-reporting of child marriages, that CMPO had not been appointed, that the conviction rate was pathetic in Maharashtra and Gujarat notching a ‘zero’ in conviction. Such reports are only indicative and the situation was more or less the same across India.

Instead of wasting time on symbolic gestures like raising the age of marriage for girls, the Modi Government should show utmost seriousness regarding implementation. They should bring together representatives of implementing agencies, NGOs, academicians and other experts to come up with strong implementation mechanisms. Such mechanisms should fix responsibility for child marriages and also aim to increase reporting, time-bound investigation and better conviction rates. The government should also introduce schemes for girls belonging to the marginalised and poorest sections so that their parents feel supported.

Just yesterday three teenage girls (aged 15, 15 and 17 years) were rescued by Nagpur police from a train. The three girls said that they wanted to continue their education while their parents were insisting on marriage and running away was the way out. Another recent case in Maharashtra was when a nine-year old girl was rescued from her forced marriage after her husband posted messages on the social media. The government should aim at building and encouraging a system involving teachers, neighbours, relatives and local representatives who could be the first level of support for girls. Only a strong social system can provide information and assistance in preventing child marriages.

Activists and others who expose and try to prevent child marriages face life-threats from the parents and other relatives of the bride and/or groom. The government should look into how to strengthen and support such persons without whom it would be impossible to stop child marriages in the country, no matter what the legal age is on paper.

There is also the matter of statutory rape that needs to be addressed. As the legal age of marriage goes up to 21 years, the age of consent which is today 18 years will also go up. This means that even consensual sex by girls upto 21 years will be criminalised. Thus a girl of 18 will be eligible to vote but consensual sex with her will be considered a statutory rape.

Yesterday was 30th January, the day Mahatma Gandhi died. At...