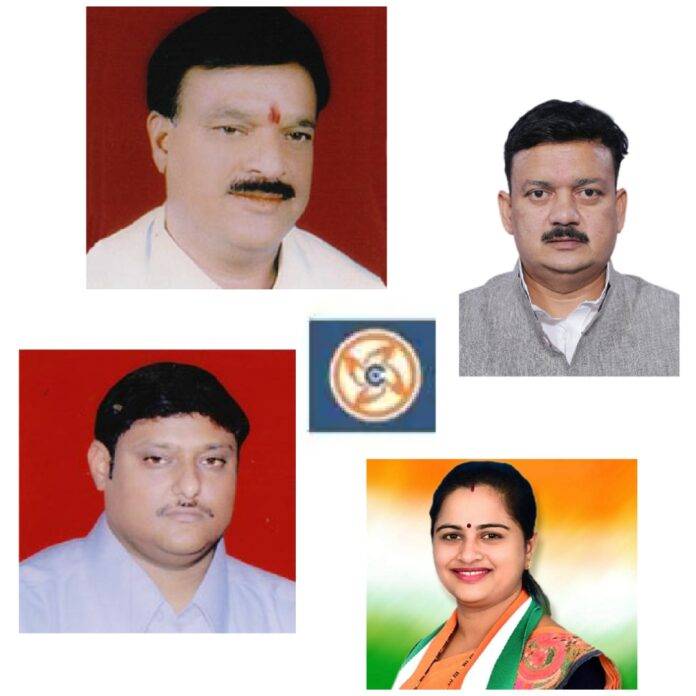 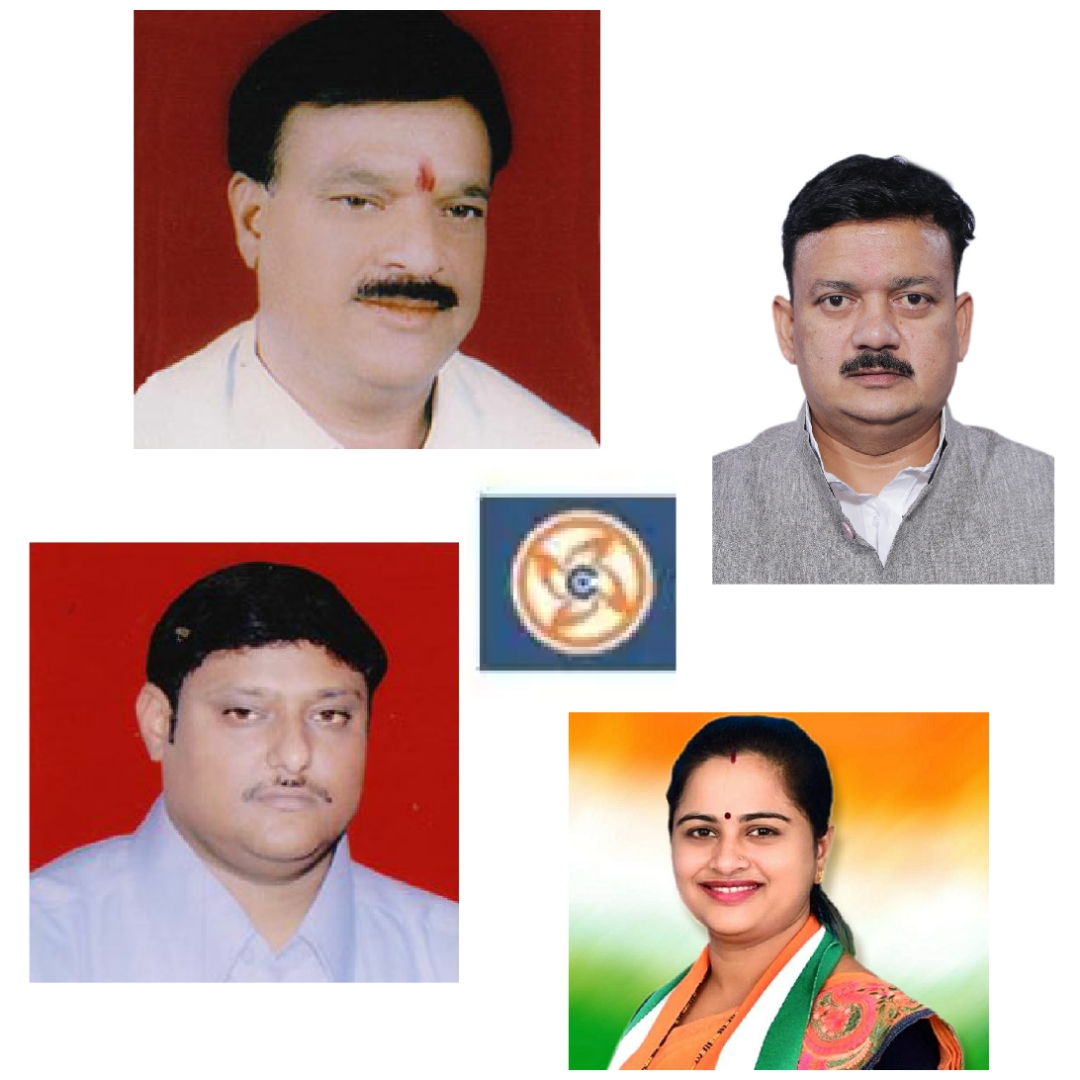 People have come to accept illegal payments as the norm in all types of appointments in various state and private institutions – from the lowest posts of peons and chaprasis to teachers, clerks and, in this case, bank personnel. Political hostilities between the various factions of Congress in Chandrapur district have revealed the muck of corruption around recruitment in the Chandrapur District Central Cooperative Bank (CDCC). Today discussion in town is not whether there is corruption, rather the discussion revolves around whether the pockets have already been lined or yet to be lined.

It is impossible to unentangle the strands of politics around the CDCC but here is an outline.

1) The last elections to the CDCC bank was held in 2012 and the next elections were due in 2017 but the sitting directors went to court on technical grounds and procured a stay. Thus since the last ten years the directors are enjoying their posts.

2) In 2020 the then chairperson Manohar Paunkar and the CEO Siddharth Dube were arrested and imprisoned after directors including Santosh Singh Rawat, Sandip Gaddamwar etc. exposed the bribes accepted by the duo in appointment of 24 personnel. After Paunkar was removed through a no-confidence motion, Santosh Sigh Rawat became the Chairperson and he remains in the post till date. Rawat is a known Congress leader from Mul and is presently known to be close to the ex-guardian minister and Congress heavyweight Vijay Wadettiwar.

3) The court has vacated the stay on elections and therefore elections are due in a couple of months. As a last important piece of work the present directors are in a hurry to complete the procedures for staff appointments.

4) The present board of directors procured sanction from the Commissioner, Cooperation for the recruitment of 361 posts and this has become the bone of contention. The M.P Suresh Dhanorkar who is the sole Congress parliamentarian from Maharashtra and his wife Pratibha Dhanorkar,  MLA from Warora-Bhadrawati have taken strong objection to the recruitment by the present directors and have demanded that the recruitments be made after the elections are held and a new board of directors is in place. The duo made speeches in the parliament and the state assembly against the recruitments and followed up at various levels and as a result the then deputy C.M Ajit Pawar ordered a stay on  fresh appointments.

5) The question as to why the Dhanorkars are opposing the recruitment evinces many answers. According to the supporters of the Vijay Wadettiwar group, the Dhanorkars are holding the bank hostage because they want to install someone close to them, possibly as the next chairperson before the recruitments are made. According to this group the Dhanorkars not only want a share in the pie, they want to be the decision-makers as to how the pie is to be divided. They frurther point out that the Dhanorkars are generally dissatisfied because of the pro-people initiatives such as the Kshetriya Kalyan Nidhi. “The Kshetriya Kalyan Nidhi is one of its kind because no other cooperative bank has such a scheme. CDCC had reserved 3% of profits for the farmers and farm labourers. Santosh Rawat was very visible in distributing the benefits of this scheme to the beneficiaries which his opponents do not like. They do not like his growing popularity,” said one supporter.

6) On the other hand supporters of Dhanorkar point out the corruption that has already taken place and the fact that the directors have lost legitimacy by sitting for ten years. According to this group the allegation is that opposite group has already started collecting money from prospective candidates. They allege that a large sum of was paid at various levels to procure the sanction to recruitment in the first place. After the departure of the previous CEO Dube the present CEO Kalyankar was brought in and he too is already fighting accusations of corrupt practices.

7) Meanwhile in the recently concluded elections to the Taluka level Sahakari Societies, Ravindra Shinde ensured the victory of his candidates. Thus, the hostility between Shinde and Dhanorkar is being openly talked about.

7) Both camps make serious allegations that the other side wants to rake in between Rs.25 lakhs to Rs.35 lakhs from each candidate for appointment. From the outside it appears that the stakes are as high as between  Rs. 90 Crores to Rs.120 Crores because of which this pitch battle being fought between various factions of the Congress party. How far this is true only the two camps can say.

7) In order to lift the stay and allow the recruitment, Santosh Rawat took the matter to the Bombay High Court, Nagpur bench where a final order is pending.

8) Subhash Dhote, MLA Rajura from Congress demanded for audit of the transactions between 2016 -2019 and the audit report brought out in June 2022 records a host of irregularities which has led to fresh FIRs against Manohar  Paunkar who is once again staring in the face of legal action.

8) Santosh Rawat recently talked about the possible closure of 15 branches. Although this may be yet another move to score points in the battle of perceptions, there is a grain of truth in the facts that he puts out. “It is impossible to provide quality services when clerks are working as tellers and branches are operating without managers. The bank has 885 sanctioned posts and is operating on a total of 511 staff with a shortfall of 374.  The situation is worsening because people are retiring and we are unable to fill the posts.” says Rawat.

It is a fact that under Santosh Rawat the CDCC bank has performed well on many indicators. CDCC is the only district cooperative bank in Maharashtra to have brought down net NPA to 0%. The bank has a total of 82 branches and 11 pay offices spread across the 15 talukas of the district. In the last three years the bank’s business has grown from Rs. 55 crores to Rs. 61 crores per branch and the annual transaction per staff has grown from Rs. 7 crores to Rs. 9 crores. The increase in the business is reflected in the profit of Rs.17 crores posted by the bank in the audit year ending march 2022. This bank which has served the people of the district for more than a 100 years has unfortunately become a political battlefield. If indeed 15 branches close down (a very slim possibility) it could affect not less than 50,000 customers.

Given the numbers, the election of Draupadi Murmu (b....