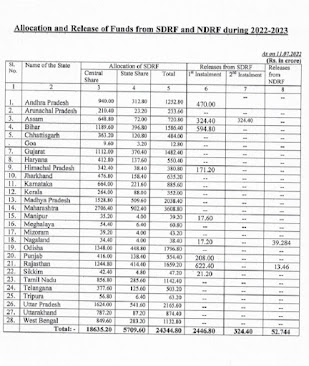 Since the past two weeks Chandrapur, Gadchiroli, Wardha and other districts have been reeling under excessive rains, floods and water logging and yet not a single penny has reached the flood-hit people of Chandrapur district by way of immediate assistance under the Disaster Response Funds.
The State Disaster Response Funds (SDRF) constituted under Section 48(1) of Disaster Management Act, 2005 is the primary fund available with the state governments to respond to disasters. The National Disaster Response Fund (NDRF) constituted under Section 46 is meant to supplement the SDRF in cases of severe disasters. However in reality the states are dependent on the centre’s allocations.
According to the website of the Central Government Home Ministry, Disaster Management Division (link available here) the status of allocation of SDRF for all the states of India for the year 2022-2023 stands at a total of Rs.24344.80 crores. Of this the first instalment of
Rs. 2446.80 crores and the second instalment of Rs. 324.40 crores have been released from the SDRF and Rs. 52.744 crores have been released from the NDRF.
Maharashtra has received the highest allocation amongst all states which stands at Rs.3608.80 crores of which Rs.2706.40 crores is central share and Rs. 902.40 crores is state share. Out of this absolutely no amounts have been released either as first or second instalment. Other states like Andhra Pradesh, Assam, Bihar, Himachal Pradesh, Manipur, Punjab, Rajasthan and Sikkim have released amounts but Maharashtra is lagging behind. These numbers are updated up to 11.07.2022
The  norms for assistance are set by the Disaster Management Division. The previous norms were set for the years 2015-2020. Thereafter a committee of experts was appointed to review the norms but it appears from the website that new norms are yet to be declared. However, the amounts even as per the old norms have not reached the people. 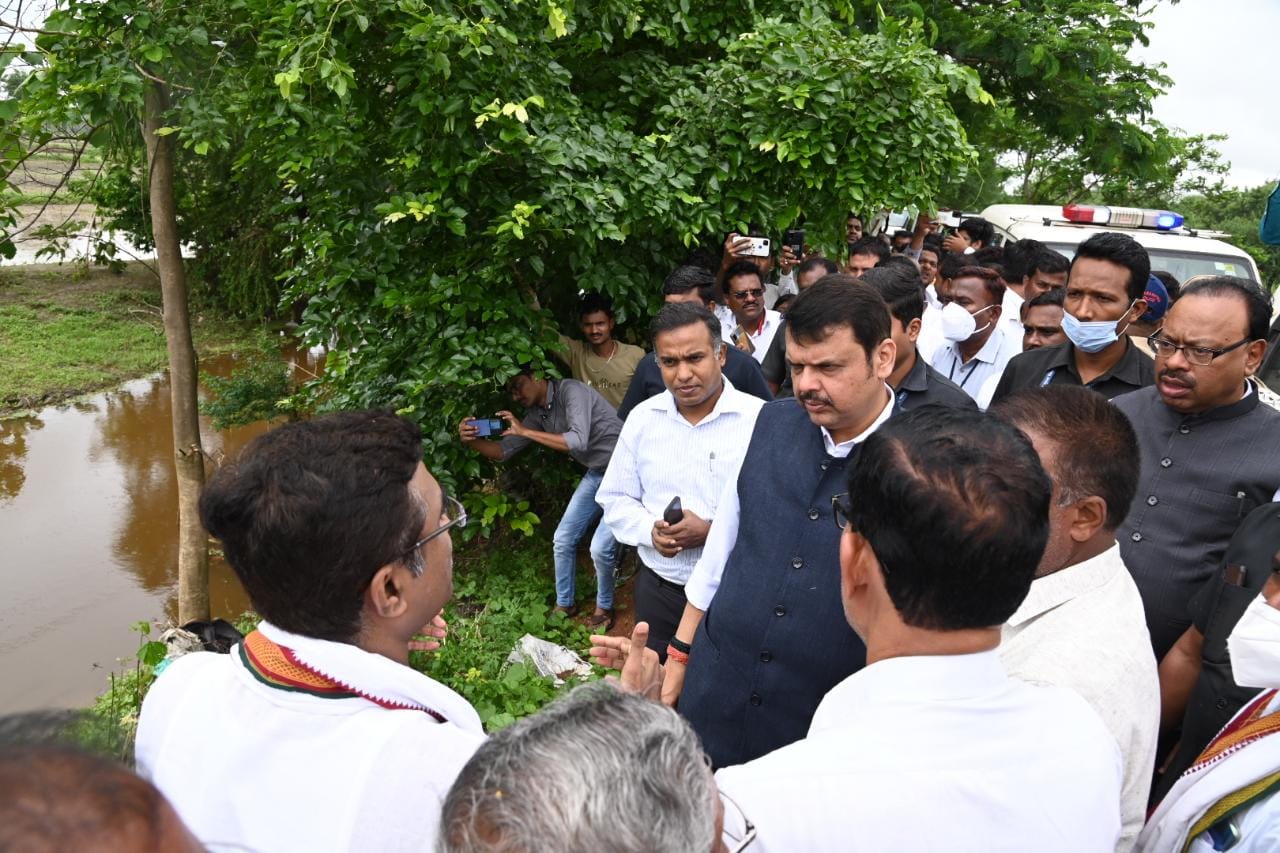 Both the C.M and Deputy CM have visited Gadchiroli, Wardha and Chandrapur. Other leaders of the ruling and opposition parties have also been active in visiting the affected areas. The administration too has been at the forefront of survey and rescue operations. In more than one instance the police and disaster response teams have shifted people to safety and saved peoples’ lives. In spite of all these inspections and surveys the immediate monetary assistance that should have reached the people is missing. Even the small amounts between Rs.2500 to Rs,5000 which used to be distributed for loss of clothes, utensils and other household items has not been distributed. This relief amount which the Maharashtra government should consider increasing this year, is crucial for people who continue to suffer in this calamity.
– Paromita Goswami 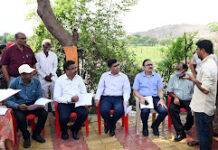 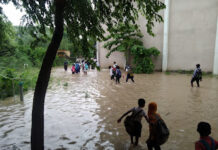 Amount to be paid to Adivasi Plaintiffs The Adivasis of...

What Feeds the Indian Right Wing?