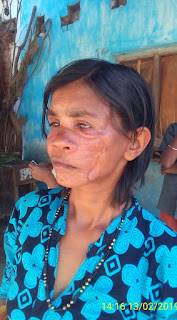 Yet Another Ministerial Meeting on Chandrapur Human-Wildlife Conflict 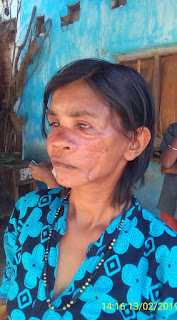 In the last six months around 20 people have been died of tiger and leopard attacks in Chandrapur district and around fifty people have been injured. There has also been destruction of livestock and crops. The total number of human-wildlife conflicts in the district between 2005 and 2020 is numbered at around 9400 of which 58% i.e. around 5400 are related to human-tiger conflicts. Such incidents include deaths, injuries, crop destructions and harm to livestock and poultry. Out of the 5400 tiger conflicts, there have been 232 tiger attacks against human beings while the rest have been cattle / poultry attacks. Around 55% of the tiger-related attacks have been in the Brahmapuri (Territorial) Forest Division, followed by the Tadoba-Andhari Tiger Reserve and, the Central Chanda (Territorial) Forest Division. The tiger attacks have been very high in the South Brahmapuri and Sindewahi ranges followed by Palasgaon and Shivni ranges. 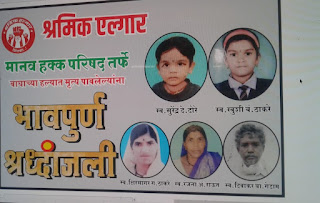 Successive governments have taken cognizance of the human-wildlife conflict in Chandrapur. The meeting on 23rd September in the presence of the Guardian Minister of Chandrapur, Vijay Wadettiwar and several high level officials is yet another one in the string of such meetings and discussions. Vijay Wadettiwar has valid reasons to be worried about the conflict situation because his constituency Brahmapuri comprising of the three blocks Brahmapuri, Saoli and Sindwahi forms the main hot-spot of human-animal conflicts in Chandrapur. The area not only has an extremely high number of casualties but also excessive loss of livestock and destruction of crops.

The Guardian Minister raised the oft-discussed matters like chain-link fencing and solar fencing as also allocation of Rs.25 lakhs per village towards the development of ‘affected’ villages. He also demanded the translocation of tigers from the district to other Tiger Reserves like Nagzira which have lesser density of tigers, expanding of eco-tourism and schemes like the Dr. Shyama Prasad Mukherji Jan-Van Yojana to 150 villages and primary responder teams comprising of local youths.

While nothing can prevent the government from taking any number of meetings on an issue of public importance, it is inexplicable why their own previous decisions are not acted upon. Exactly one year ago, 9th September 2020, the Government of Maharashtra appointed a technical study group to recommend mitigation plans regarding human-tiger conflicts in Chandrapur district and the report was handed over in March 2021.

The technical study group had been given the specific terms of reference which included:

(i)             To understand the reasons for the human-tiger interface and do the analysis of the same.

(iii)               To analyse the previous attempts taken to decrease/mitigate the human-tiger negative interface.

(iv)               To provide the recommendations to reduce human-tiger negative interface.

The report of the study group has made its recommendations on each of the above points. Taken together the report tries to provide a framework with which to approach the issue of human-animal conflicts in the district. Although the study pertains specifically to tigers, the conclusions could prove useful in the case of human-wildlife conflicts in general.

While the report languishes in the files of the State Wildlife Board, the issue is yet again being discussed in a piecemeal and random manner in ministerial meetings.  The Phadnavis government had appointed a high-level committee to formulate a law regarding compensations to victims of wildlife conflicts, which unfortunately could not submit its report. It is a significant development that the Technical Study Group announced by the Thackeray government has submitted a report on time. It remains for the government to now take a conclusive step by discussing the report and finalizing a robust, comprehensive policy based on it.

The delay by the State Wildlife Board in taking a decision is also unnecessarily delaying the access of the media and the general public to the report. After all, any gaps in the report and in subsequent policy will only be amended through comments and inputs through wide dissemination.

Dear friends Vidarbha Gazette completes one year! In this year we...

In the Wake of the Farmers’ Movement: MSP and...