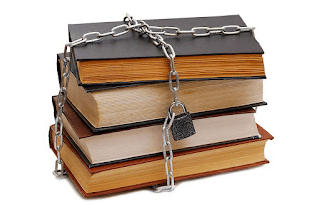 The Deliberate Shrinking of Intellectual Space in Universities 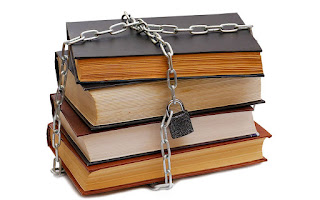 The recent exclusion of authors and texts from university syllabi are overt political acts. Delhi University has eliminated the literature of Mahashweta Devi, Bama and Sukirtharini, and Kannur University has dropped excerpts from the writings of M.S. Golwalkar and V.D. Sawarkar. Obviously, the two universities have diametrically opposite perspectives about the worldviews to be discussed in a classroom setting. Students in the first classroom will be deprived of reading powerful feminist literature that centralizes subaltern resistance against the oppression of state apparatus and casteist social structures. And students in the second classroom will not be debate the political ideology which underpins the contemporary rise of right-wing politics in India.

With the rise of social media and with massive digital libraries just a click away, there is no way that one can hide a book at the back of the shelf. In fact the very act of excluding certain texts aroused the curiosity of the less informed. The names of Mahashweta Devi, Bama and Sukirtharini made the headlines prodding curious readers to search them online. Recitations of the texts were uploaded for even easier dissemination. Many people heard them, read them, re-read them and commented on them. And the same would certainly be true of Golwalkar and Sawarkar as well.

Even before such easy on-line access, there existed ‘underground libraries’ to provide scholars with whichever text they were looking for. Obviously it is not the actual removal of the physical text that is at stake here, rather juggling with the syllabus is aimed at displacing and denigrating certain perspectives. One university is delivering the political message that reading revolutionary feminist literature is neither important nor desirable. And the second is armed with another equally terrible message that Sawarkar should be discarded to the dustbins of history as a mafiveer and opening his book would be a scandalous waste of time. Both messages are equally threatening to the open culture of intellectual inquiry expected of a university.

Such obscene politics comes wrapped in the rather standard defense of protecting students from exposure to dangerous, anti-national, harmful and objectionable ideas. It is an unbelievably childish argument that students who read Draupadi will all become revolutionaries and begin to question authority (if only it were that simple!) or reading Sawarkar and Golwalkar will immediately convert them into RSS supporters. This defense is put out for public consumption while every university already knows that scholars can be trusted to read and interpret texts in a sophisticated manner. Rather it is clear that through the act of curtailing their reading lists universities are sending a strong signal that certain perspectives, analyses and arguments will no longer be acceptable in their classrooms. Under the guise of protecting students, the system is putting intellectual blinkers firmly in place.

Universities are doing a disservice to the youth by including/excluding texts simply on the basis of politics disguised as academic criteria. They are deliberately shrinking the already limited space our society provides to young people for free academic exploration. With each new controversy around syllabi, our hope sinks that universities will fulfill their mandate as places of higher learning and make the most unpalatable and uncomfortable texts available for thorough discussion both inside and outside the classroom. It becomes increasingly difficult to expect that universities will provide the intellectual tools of critical examination, that students will be guided to rigorously deconstruct the ‘most dangerous’ ideas in order to arrive at their own proper assessment of the text and the context. Universities who end up removing texts under puerile pretexts are not only making a public admission of their failure to instill critical faculty in their students but really dumbing-down future generations.

Universities around the world are being reported for incubating innovations in business and technology, impacting economies and pushing the boundaries of critical thought. Oxford University is making the headlines for driving the creation of AstraZeneca and University of Houston (a public university) for impacting the economy of Texas to extent of $7.7 billion annually. It is a pity that far from striving to meet the challenges of such a complex world, our universities are busy perpetuating cultures of distrust and intolerance.

The following two poems in Marathi are written by...
TOTAL PAGEVIEWS
VGThe VidarbhaGazette