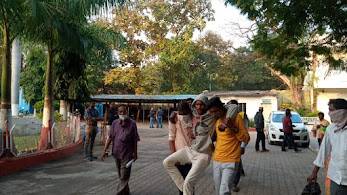 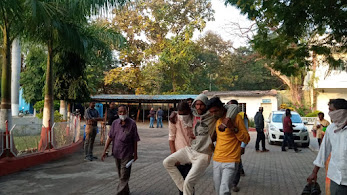 The first time an incident occurs, it can be deemed an accident; the second time can be seen as a coincidence; the third time establishes a pattern and the fourth time shows premeditation! Three separate incidents of torture by the Chandrapur forest department in the last four months establishes a disturbing pattern. The fourth incident involves blatant arm-twisting tactics against an activist who has stood by the victims.

The first incident (September 2021) led to the death of a man and another being disabled. In the second incident (November 2021) five men were tortured and electric current applied to their private parts. In the third incident (January1, 2022) the forest officials allegedly tortured two tribal youths in order to extract a confession that they have murdered their friend, who in fact was killed in a wildlife attack. And now in the fourth incident the forest department has issued notice to Raju Zode, an activist who supported the villagers, accusing him of trying to kill a tiger using wire traps. This notice comes a day after the Forest Rangers Association organised a press conference in Chandrapur and threatened to register offence against the activist. Altogether, the Chandrapur forest department is trying to get away with the worst atrocities.

In the first three incidents, not a single FIR or POR was registered against any of the villagers. If at all there was any foul play by the villagers, the forest officials should have registered a POR or registered FIR through police station. But it appears that instead of adherence to the due process of law, Chandrapur forest officials have formulated a special method of ‘investigation and crime prevention’ based on brutalities and utter impunity.

Veteran forest officers are known to pay lip service to the importance of community participation in forest and wildlife governance strategies, but apparently these lofty ideals do not percolate into everyday dealings with villagers. Beatings, torture and blackmail have become the hallmarks of Chandrapur forest department’s mode of dealing with the public. Would it be too much to expect that the forest department should stop behaving like hooligans? Such Goonda behaviour not only brings the department a bad name but alienates large sections of society.

Political leaders of the district have not found the time to take a public position on the serious violations of the forest department. Heavyweight politicians like guardian minister Vijay Wadettiwar and ex-forest minister and present MLA Sudhir Mungantiwar as also the M.P Suresh Dhanorkar have all maintained a deafening silence which makes one wonder at their motives. According to local conjecture, the leaders are far more interested in construction-related activities than in incidents of human rights violations of some hapless villagers. People also point at the close mutually beneficial relationship between politicians and the forest department which makes politicians rather hesitant about holding the forest bureaucracy accountable for any misdoings. Further, the forest personnel have a ubiquitous presence in the villages of the district and daily interaction with villagers. This makes them important influencers and opinion-makers at election time – something that consistently plays on the minds of the politicians. 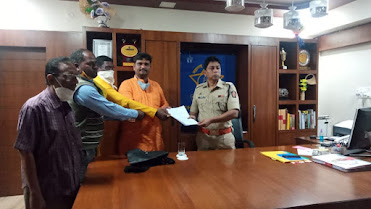 It is quite clear that the forest personnel are using their unions and associations to flex political muscle. The office bearers of Forest Rangers Association have wasted no time to address a press conference in Chandrapur, in which they openly threatened to register offence under section 353 IPC (assault or criminal force to deter public servant from discharge of duty) against Raju Zode. It is not clear how helping villagers reach the district collector or the superintendent of police to make a complaint amount to assault or criminal force against forest personnel. Moreover, since when are torture and blackmail part of the public duty of forest officials? This press conference is a clear evidence of the lack of legal knowledge and bad faith of forest officials. In fact, one of the office bearers who addressed the press conference, Mr. Karekar, RFO Chandrapur is himself accused of torture and is on bail from the Sessions Court. Soon after this threat in the press conference, a notice was issued to Raju Zode accusing him of tiger poaching. This false case is part of the Goonda repertoire of the district forest department.

Who will take cognizance?

The forest department in Chandrapur is running amok. There doesn’t seem to be any semblance of discipline leave alone any allegiance to constitutional and legal provisions. It remains to be seen if and when any cognizance is taken at the higher levels. Chief Minister Uddhav Thackeray holds the forest portfolio, but he doesn’t seem to be bothered much about what is happening 1000 kms from Mumbai in the forests of Chandrapur.

We live in the best of times and the...