Thank heavens Aryan Khan was granted bail. At least now the media, which has exhausted itself running after Aryan, will pay attention to the plight of the 5 Lakh unemployed youth in the rural areas, who have fallen victim to the exam mess created by Maharashtra’s State Health Department.

As long as Aryan Khan was in jail, he hogged almost the entire prime time. Out of the 36 ‘Superfast News’ stories played by a well-watched Marathi TV channel, 26 stories were related to Aryan Khan. Even the newspaper columns were filled with Aryan Khan stories – how he was ‘caught’, what he eats, who he talks to and so on. In this entire time period, hardly a line or two was carried about the health department which has ruined the future of 5 Lakh youths in the state.  The recruitment exams conducted by the health department were such a mess that the dreams of over 5 Lakh youth and their families have been shattered in the state. But these youths were mostly from rural and Bahujan sections and so their concerns were relegated to the corner.

Since the very beginning there were open allegations that candidates were approached by brokers. The Director General of the Health Department also appealed not to fall prey to the brokers, as the matter came to the notice of the Health Department. The “audio” demanding Rs 15 lakh for a post went viral. Health Minister Rajesh Tope himself announced that the audio would be investigated. Nobody knows anything about the outcome of the investigation and the media is not even asking.

For reasons best known to them, the Health Ministry handed over the contract for conducting the recruitment exam to a private company called Nyasa Communications Private Ltd. The first chaos came when the aspirants were allocated exam centres in UP and even China, and the exam had to be cancelled at the very last minute. Many took out loans, borrowed money, went hungry and reached the examination centre in the shadow of Corona with hope, but had to return with disappointment.  A young woman from Mul taluka of Chandrapur distrct was given an examination centre in Uttar Pradesh! She spent thousands of rupees and risked her life to reach the Centre, but at the centre she came to know that the exam was cancelled. Back in her village, she was made the centre of jokes and criticism. On one hand slogans are raised `Beti Bachao, Beti Padhao’. But when the wings of the Beti are clipped, the media does not come forward to ask questions of the culprit – after all, this girl’s father is not a celebrity but a mere farmer.

It was expected that the second time round, the State Government would be more careful and exams would be conducted through the Maharashtra Public Service Commision with utmost transparency. But the ruling political leaders allowed Nyasa to conduct the exam again. And even in the second time there were many problems across the centres. At some centres the exam started an hour late and at some half an hour late. There were complaints that at many centres there were inadequate number of question papers. There were discussions about paper leak at many centres, with proof. In the midst of all this mess, the company conducting the exam, admitted that mistakes were made while conducting the exam. The Health Minister Rajesh Tope admitted that there were ‘minor’ mistakes in the second exam. Such minor mistakes are only expected when the Minister harbours such ‘commitment’ towards blacklisted private companies.

It is an insult towards the students who have been preparing for years and their parents who are bearing the financial burden of educating their children to say that minor mistakes are acceptable. Who would blame a youth if he openly defied such an insensitive minister? 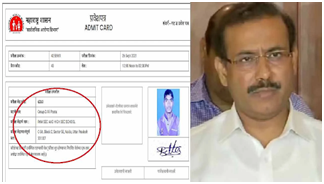 For the last several years, the youth of Maharashtra have demanded that recruitment to government posts should be conducted through the MPSC and not through private companies. During the BJP-Shiv Sena regime such recruitment was done through ‘Mahaportal’ and there was a lot of confusion in this too. Recruitment was not transparent and there were allegations of rampant corruption.  During elections several leaders like Supriya Sule and Ajit Pawar responded to the agitations of the youths and took a stand that Mahaportal should be closed. However, as soon as Mahavikas Aghadi came into power, they merely replaced MAhaportal with Nyasa and continued the `business’ of government recruitment as usual.

Why does the Mahavikas Aghadi privatize recruitment when it actually has a powerful system like MPSC in hand? Shouldn’t the media ask this question? Why does a state government which is able to smoothly conduct the 10th and 12th class examinations involving lakhs of students fail miserably in conducting a recruitment exam in a transparent manner? A media which is caught up in the miseries of celebrity kids has little time to explore such questions.

Amount to be paid to Adivasi Plaintiffs The Adivasis of...
TOTAL PAGEVIEWS
VGThe VidarbhaGazette