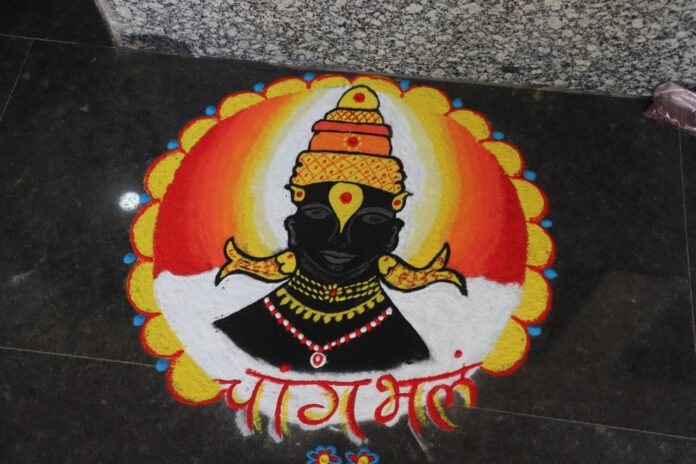 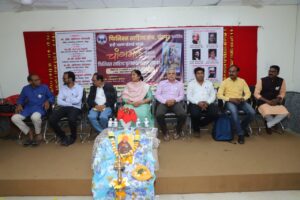 On 15th January Phoenix Sahitya Manch, Chandrapur launched Changbhala a book of Abhangs by Shri. Arun Ghorpade in a well-attended programme presided over by the poet Shri. Dhananjay Salwe.  I found myself on stage with literary figures and critics including Shri. Pramodkumar Anerao, Shri. Kishore Jamdar, Dr. Sudhir Mote and the fine young poet and freelance journalist Avinash Poinkar. The programme started by lighting a lamp before a copy of Sant Tukaram Gatha, a good innovation by Shri. Naresh Borikar who heads Phoenix. Since Ghorpade’s chosen poetic form was the Abhang, it gave us all the occasion to ponder over a range of topics – from Maharashtra’s Sant Parampara, the features and the power of the Abhang as a poetic form and critical efforts made by Ghorpade in adapting this form to contemporary themes to the role of poets amidst the on-going attacks on the right to expression.

In life we sometimes need an excuse to move away from the familiar routine and explore something new. For me the invitation to the programme provided an occasion to open myself to Sant Sahitya for the first time, for which I will always remain grateful to Phoenix Sahitya Manch. 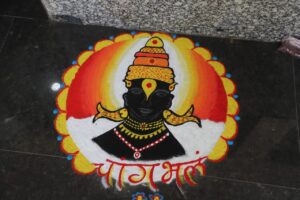 Before I came to Maharashtra I knew about Sant Tukaram Maharaj because of a monograph written by my aunt Dr. Indira Das called Chaitanya Shagore Doob Diye (Upon Immersing into the Ocean of Consciousness) which discusses Sri Chaitanya Mahaprabhu’s travels across India including western Maharashtra and Pandharpur. I had also read elsewhere that Sri Chaitanya Mahaprabhu had visited Pandharpur for eleven days as he travelled to various places in search of his elder brother Sri Shankararanya who was also a Sanyasi. In Pandharpur he learnt from Sri Ranga Puri Maharaj that Sri Shankaranya had died several years back in Pandharpur itself. Apart from this, I had also heard some people say that Sri Chaitanya Mahaprabhu was the Guru of Sant Tukaram Maharaj but I don’t know to what extent that is true.

Although I have lived in Maharashtra for twenty five years, my exposure to Sant Sahitya was limited to the Pasaydaan composed by Sant Dnyandev Maharaj as an epilogue to his magnum opus Dnyaneshwari. Pasaydaan is commonly recited in programmes and in schools. I have always thought about Pasaydaan as the first Universal Prayer for Human Rights –

Let the evil lose their evil thoughts and move towards good deeds. Let all humanity come together in friendship and empathy. Let the darkness of sins be removed. Let the world awaken to the brightness of self-religion. Let every living being get what they desire.

When I first heard it many years ago, the song and the poetry had moved me deeply and I learned much later that it was based on a famous composition by Sant Tukaram Maharaj.

Given my limited understanding of Abhangs the first question that came to my mind was  “What is the difference between Abhang and Bhajan? After all both are devotional expressions?” Avinash Poinkar took the trouble of explaining difference which lies in the structure of Abhangs. Changbhala is written in one of the popular structures of abhangs (there are several structures) which comprises of four lines to a stanza, six syllables to each of the first three lines and four syllables in the fourth line. The first three lines or sometimes the second and third lines rhyme in the end. The introduction to Ghorpade’s book penned by H.B.P Shyamsundar Maharaj Sonnar also explains the differences in the various structures of abhangs rather well.

Kishore Jamdar in his speech at the programme rightly pointed out that writing metered poetry was a compulsion in the olden times when written literature had not reached the masses. The abhang form was created by the Sants between 13th and 17th centuries as a form best suited for mystical poetry as well as a vehicle to carry their social message. Undoubtedly metered poetry which requires a mastery over language and discipline in composition is easy to commit to memory because of its rhythm and music. This is one of the reasons, apart from accessible language, why abhangs are sung from memory to this day.

I leafed through Kalyan’s copy of R.D Ranade’s Mysticism of Maharashtra (1933) for historical information and insights and listened to abhangs on YouTube. Although Marathi is my fourth language after English, Hindi and Bengali I found that I could understand the compositions, especially the simpler ones, quite easily. The great Sants who lived centuries ago expressed their mystical experiences and their thoughts on social issues in a direct and simple language that was easy for ordinary people to grasp. The simplicity of language however did not mean simplicity of meaning. Take for instance Sant Eknath Maharaj’s seemingly simple line – Majhe maher Pandhari, Ahe Bhivarechya teeri. The word Maher (parental home) has multiple layers of meanings because of the association with parental love and affection, friendship of siblings and the longing that a married woman feels for her maher. Pandharpur, the home of Vithu-Mauli, offers the same refuge and affection to devotees. The poet further indicates that the everyday world we live in is like a marital home without true happiness and life is a spiritual journey towards the parental home.

There are some symbols that remain quite indecipherable. For instance Sant Muktabai’s poem that speaks completely in a symbolic language is difficult to comprehend. It describes an ant that flew to the sky and swallowed the sun, the barren woman who bore a son, the serpent which bowed its head before the scorpion that had crawled into the interiors of the earth, the fly that delivered a bird and in the end the poetess says that she laughed when she saw all these ‘miracles’.

One is amazed at how a poetess of the 13th century could imagine and express herself in such evocative/provocative symbols.

Abhangs are famous not only as devotional poetry but also for their commitment to social and cultural reforms. The revolutionary aspect of abhang lies in its use of vernacular Marathi and a direct tone to address God. The Sants challenged the notion that God needed to be propitiated by the recitation of Sanskrit Mantras and rituals performed by Brahmin priests. They replaced dry, mindless rituals with intense emotional bhakti towards Lord Vitthal and towards the Guru who initiated them to the Bhakti-marg. Many of the Sants themselves came from the marginalized castes and the Sant Parampara democratized religion by insisting that all those who took the Name of Vitthal were equals irrespective of caste, class, gender, age or creed. The reformative/revolutionary aspects of the Parampara are thus closely linked to its devotional mysticism which contradicts the Brahminical view of a hierarchy-bound society.

The anti-caste and socio-religious reformative/revolutionary facets of Sant Sahitya go together with their rootedness in Hindu philosophy. This came across to me most powerfully in a short poem of eight lines by Sant Dnyaneshwar:

Each word in this poem is in conversation with ancient Hindu philosophical concepts like Saguna and Nirguna which go back to the Vedas. Thus a full appreciation of the poem would require us to have some understanding of these concepts. My experience is that some of us are dismissive of Hindu philosophy as being yet another Brahminical ploy to exploit the impoverished masses or a useless past-time which has nothing to do with the everyday struggles of the poor. Often we don’t have the capacity or patience to understand these difficult notions. One may well ask, ‘what is the use of splitting hair over Atma and Parmatma, Dvaita and Advaita amidst so much violence and hunger?’ My point for the time being is limited to the reading of literature. Whether we accept Hindu philosophy or not is beside the point, we are called upon to engage with it if at all we want to appreciate yet another layer of meaning in the poetry of the mystics. It is similar to the need for understanding the basics of Buddhism in order to fully appreciate Therigatha and have at least a cursory knowledge of the Bible to realize its impact on English literature.

Abhang is intimately connected with Lord Vitthal and anything we write about Abhang must essentially begin and end with Vitthal. Sant Dnyaneshwar has posited Vitthal beyond all ancient concepts – Vitthal is both saguna as well as nirguna or perhaps beyond both saguna and nirguna. Indeed the conceptualization of Vitthal is endless. On the one hand Vitthal is a dark statue standing on a brick and on the other hand he is beyond form and magnitude, intangible and inexplicable. The Sants have described Vitthal in innumerable ways – He is mother, king, brother, friend, assistant, helper, clouds, fields, nature, path, destination and so on. As devotees of Vitthal they have expressed awe, wonder, helplessness, pain, eagerness and desperation. They have addressed Vitthal directly, sometimes in the tone of request and other times in the tone of insistence. Vitthal is indeed at the core of Maharashtra’s spiritual and cultural life.

I will go back to the metaphor used by my aunt and say that Sant Sahitya is like a vast and immeasurable ocean, beyond comprehension in a single life time. But I am thankful that I had the occasion to stand on the shore of this ocean for some moments and come away with a feeling of utter humility. 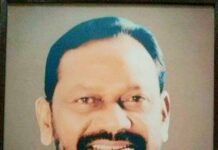 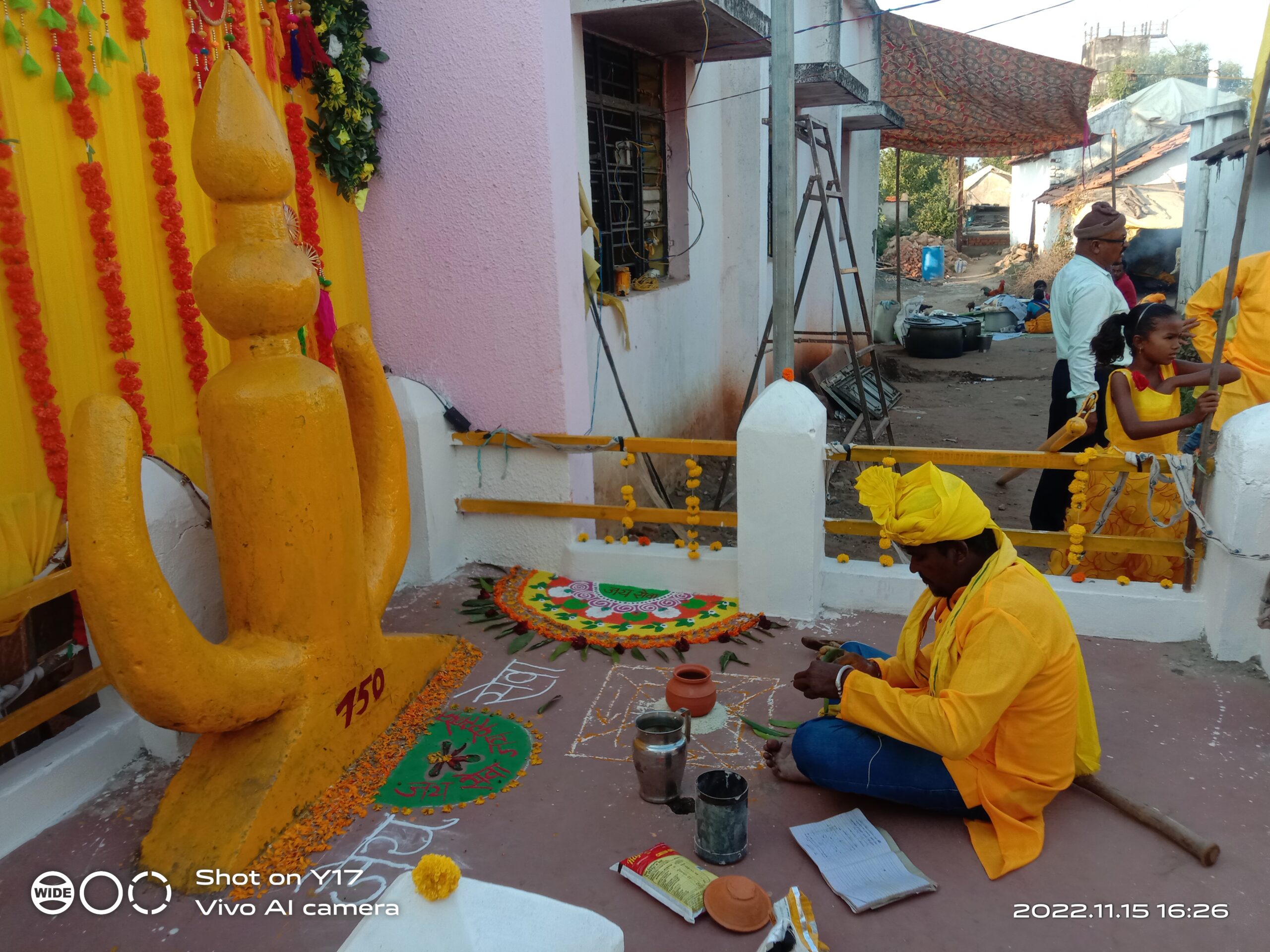 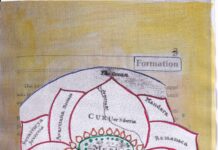 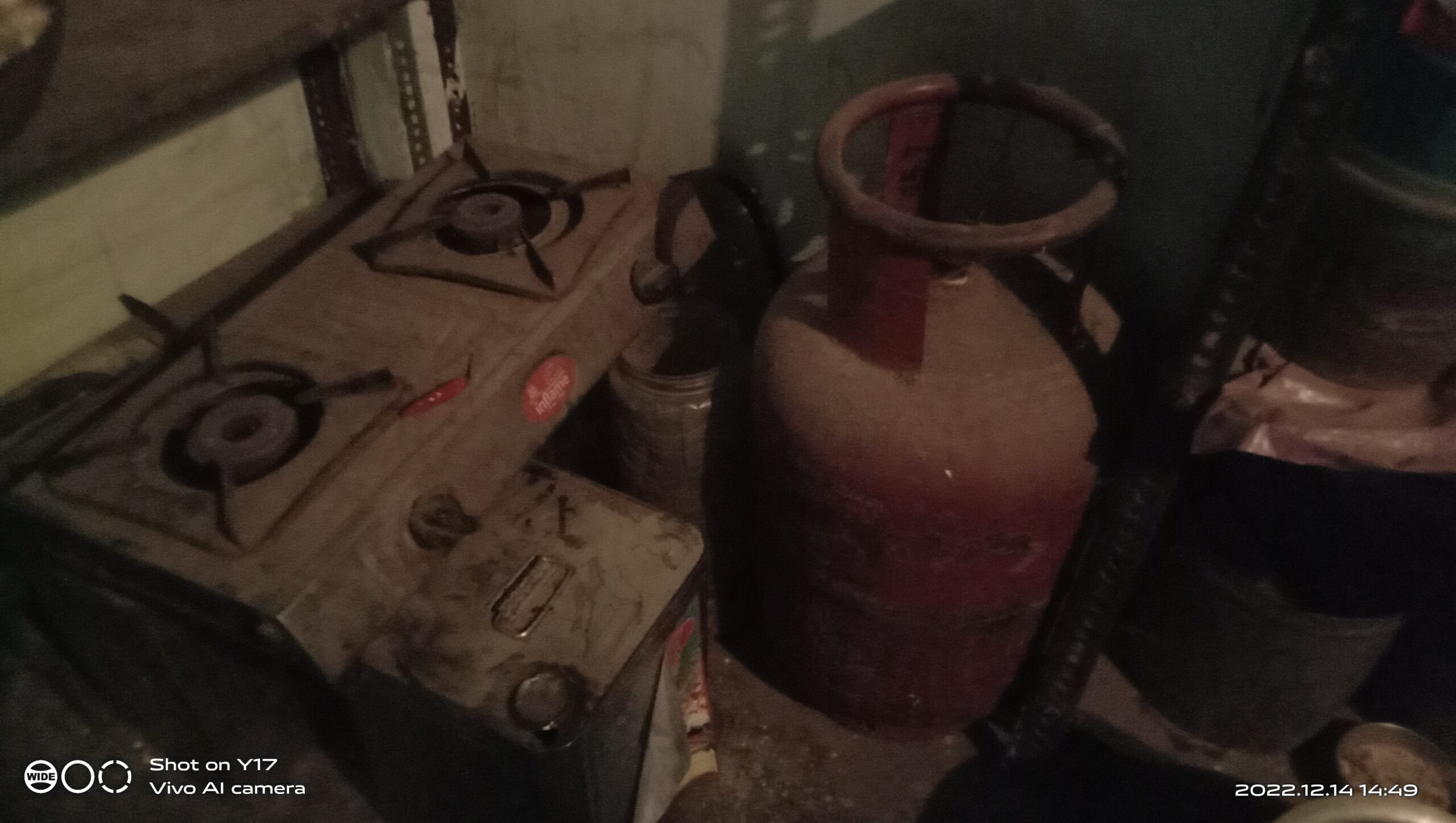