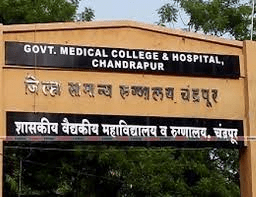 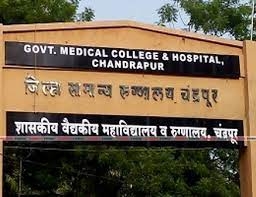 The National Family Health Survey Round 5 (NFHS-5) provided the welcome information that the country’s population was stabilizing as the Total Fertility Rate declined across a majority of the states in the country including Maharahstra. The NFHS conducted by the International Institute for Population Science, Mumbai reports not only on the family health situation of the country but of each state and each district as well. This provides insightful data on how various districts are performing on education, health and empowerment indicators such as age of marriage, ante and post natal care, maternal and child mortality, contraceptive prevalence, vaccination, nourishment, diseases etc.

Here we take a closer look at the survey’s findings with a focus on Chandrapur and Gadchiroli districts of Vidarbha. It appears that on many fronts these districts are performing at par with other districts of Maharashtra. As far as women and child health is concerned, the two important inter-related health indicators which should be the focus of policy makers, doctors and social leaders are malnourishment and anaemia amongst children and women in both the districts.

93% of children between the ages of 6-17 years in Maharashtra go to school. However, the number falls to 79% between the ages of 15-17 years. This means that enrollment in the primary level is high but there is a steady drop out as one approaches matriculation.

The segregated data for this indicator is not very heartening. In Chandrapur district the female population above 6 years who ever attended school is 78.9% and in Gadchiroli district it is 67.1%. Only 57.5% of women in Chandrapur have more than 10 years of schooling and in Gadchiroli the number is only 42.3%. The survey reports that Amravati district has the highest pre-school attendance i.e. children attending balwadis, anganwadis and nursery schools at 75% and the lowest pre-school attendance was noted in Palghar district at 47%.

The survey reports that in Maharashtra 22% of girls get married before attaining the legal minimum age of 18 years, a decline from 26% from NFHS-4.

In most districts of Vidarbha however the numbers are better than the state average. In Chandrapur the number is at 9% and in Gadchiroli it is 10.1%.

95% of births in the state take place in either state-run or private health facilities and 5% take place at home.

As against this Bhandara, Nagpur and Chandrapur districts of Vidarbha reported 100% institutional deliveries at par with Mumbai. Gondia and Wardha and Gadchiroli reported 99%.

Some districts of Vidarbha including Gadchiroli, Nagpur, Amravati and Wardha reported percentages that were above the state average. However, other districts like Chandrapur and Yavatmal fell much below at 68%.

Across the state 74% of children between the ages of 12-23 months received all basic vaccinations including the six major childhood diseases (tuberculosis, diphtheria, pertussis, tetanus, polio and measles) and 5% received no vaccination at all.

The numbers are much above the state average in most of Vidarbha with Chandrapur reporting 95% of fully vaccinated children and Gadchiroli reporting 97.9%.

35% of all children in Maharashtra under 5 tears of age are stunted or short for the age which means they have been undernourished, 26% are wasted or too thin for their height and 11% are severely wasted. 36% are underweight which includes both chronic and acute undernutrition. Even in the first 6 months of age 29% of babies are stunted, 31% wasted and 29% underweight.

In spite of various nutrition schemes the percentages of children who are stunted, wasted and severely wasted have increased in districts like Chandrapur in the last four years.

Anaemia is yet another cause for concern as the percentage of anaemia in Maharashtra has increased from 54% to 69%. In Chandrapur 76.6 % of children between 6-13 yeas are anaemic with haemoglobin count of less than 11.0g/dl. Four years back the number was far lesser at 58.8%. In Gadhciroli also the numbers have increased from 58.3% to 76.6%

The Tiranga that Inspires in Struggle and Celebration

The Tiranga that Inspires in Struggle and CelebrationBecause I was...