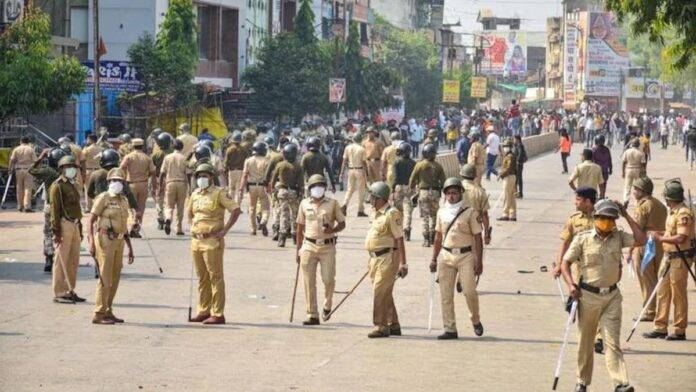 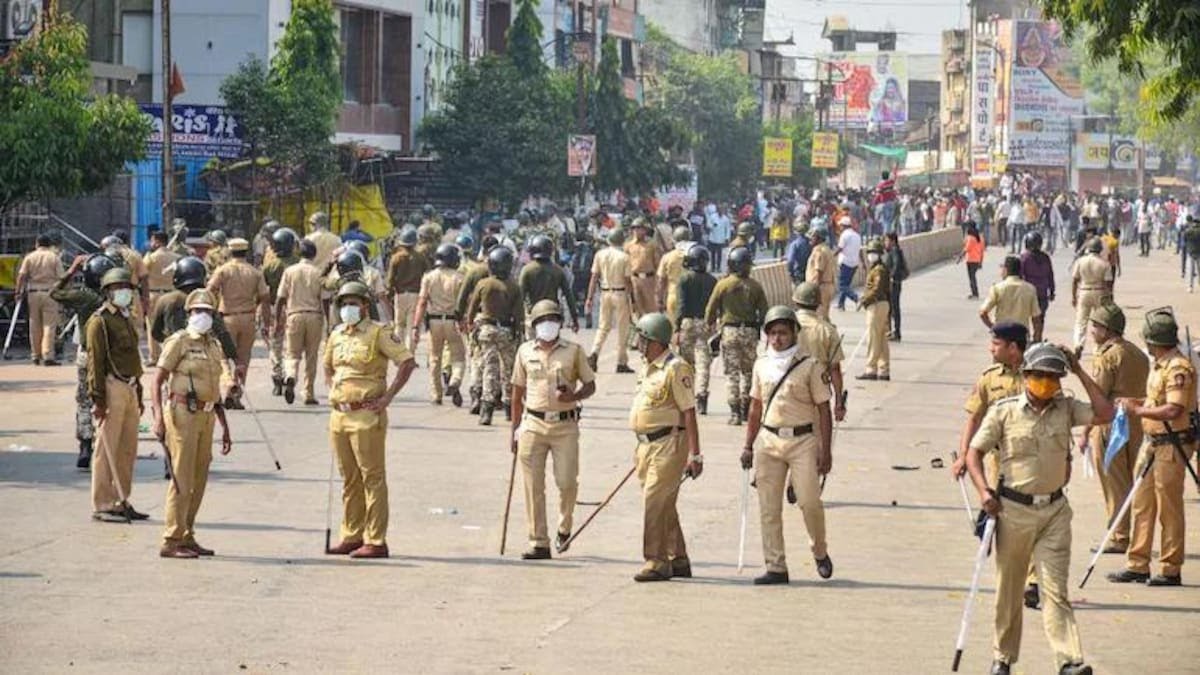 Communal Riots in the City

In November 2021, the city of Amravati was shaken by intense violence spread over two days. On 12th November the Muslim community had gathered in large numbers to protest the destruction of mosques in Tripura. The estimate of the numbers ranges from fifteen thousand to forty thousand. Apart from Muslims from Amravati city, there were also people from Badnera and Achalpur. On this first day, there was violence as people were on their way back after handing over a memorandum to the district administration. There was stone pelting and attacks at shopkeepers whose shops were open. The shop of a senior BJP leader was specifically targeted and damaged. In a serious incident, an ancient Shani temple was destroyed at Shakkar Saath and the priest of the nearby Hanuman temple was gravely injured as he opposed the mob. The mob allegedly entered his house. His brother too was injured in the attack.

On the very next day the BJP and other Hindutva organisations took out a a protest rally from the prominent Rajkamal Chowk of the city. The rally was led by Anil Bonde, ex-minister of the BJP and other office bearers. Although smaller than the Muslim rally, this protest by Hindus was several thousand strong. The members of this rally too attacked shops and set them on fire. A Dargah was smashed and several people beaten up. This rally was clearly aimed at teaching the Muslim community a lesson.

When we visited Amravati a few days back it was evident that life in the city had returned to its normal rhythm, at least on the surface. Members of both communities insist that things are normal. They point out at the close social relationships and economic interdependence without which neither can survive. So why did such terrible violence take place? The answer to this question invariably leads to the common theme of failure of police and administration in adequately handling the situation.

According to a senior ex-police officer who has spent several years of his career in Amravati police,  the police intelligence failed on both days. “On the first day, the police were missing in action. There were hardly a handful of police present although the mob had swollen to several thousands. Even after the protestors had reached collector’s office, there were very few police around. The entire senior rung of the administration was absent. The commissioner of police was on leave and the district collector too was absent. The junior officers failed to assess the situation and take the required action. On the second day, the police failed to access the extent of premeditation. It was clear that the rally was going to indulge in mischief and failed to prevent that.”

There is a qualitative difference in the police action of the two days. On the first day there was insufficient police presence and no police action. On the second day the police, already facing flak for the previous day’s failures, was out in large numbers. They compensated for the previous day’s deficiency by lathicharge, tear gassing and use of water canon. The insufficient presence of the police on the first day and their inability to gauge the numbers shows that they were caught completely unaware even as thousands of the Muslim community mobilised under their very noses.

The question is how did this mysterious Raza Academy with nearly zero presence in the city mobilise thousands of Muslims not only in Amravati but in other districts as well? It is essential to answer this question if future intelligence failures are to be prevented. A few facts about the Raza Academy has been repeatedly reported in the media. We know that the Raza Academy was founded in 1978 in Mumbai to publish and propagate the thoughts of the Islamic scholar Ahmed Raza Barelvi who is the founder of the Barelvi sect of Islamic thought and practice. Since then the organisation has become known for issuing fatwas against the likes of Salman Rushdie and Taslima Nasreen and also taking up the issues of the Muslim community.

The crucial point to understand is that the Raza Academy is a tiny part of the larger Ahl-e-Sunnat community who are dedicated followers of the Barelvi sect. The Barelvi sect considers itself quite distinct from other sects like the Deobandi and Ahl-e-Hadis. All these different sects have their own separate mosques, practices and their distinct cultural and political orientations. Thus, the Raza Academy’s call for Muslims to hand over a memorandum to district collector against the vandalism of mosques in Tripura on a particular date resonated with the larger Barelvi community. In many places, the Imams who are committed to the Barelvi school informed the worshippers after the Friday prayers that Raza Academy has called for handing over of memorandum on November 12, and all those willing may participate. This is the reason why the mobilisation took place after the Friday Namaaz and also accounts for why the congregation at the Collector office comprised of leaderless amorphous groups. This also explains the participation of Muslims from various areas who joined the protest at the given place and time.

It is quite evident that simply trying to identify local Raza Academy followers will be utterly futile – firstly there may not be a single Raza Academy ‘leader’ in the city, and secondly because such people did not and cannot mobilise large numbers. Running after the Raza Academy leaders in Mumbai or trying to create theories of sleeper cells in Vidarbha may turn out to be equally counterproductive. Calls given by BJP leaders like Nitesh Rane for banning Raza Academy is not only immature but shows their utterly bigoted mindset.

It is essential to understand that nobody came to the protest because they are Raza Academy members, rather people came together because they were deeply concerned about the vandalism of mosques in Tripura and they were informed about the protest by their own Imam in their own masjids. This means that even if the administration bans Raza Academy that will not solve the issue.

If this be the case then police and district administration should look into the possibilities of initiating long-term productive dialogue with the Imams of various mosques and with prominent Muslim leaders in their jurisdiction . The dialogue should be conducted in a formal, dignified way, keeping in mind that citizens have the constitutional right to peaceful assembly and the right to protest. The only thing is to ensure proper prior information to the administration so that adequate bandobast is made available to prevent miscreants from running amok. Ultimately intelligence failures are communication failures and can be best averted by opening channels of dialogues between administration and community. This sounds like a simplistic cliche but we undoubtedly the lack of communication leads to a feeling of isolation which feeds into mutual mistrust and suspicion. Unfortunately, the channels of communication between the administration and the Muslim community are proving to be inadequate if not nonexistent . This not only the situation with Amravati but increasingly the general case in Vidarbha.

Dear friends Vidarbha Gazette completes one year! In this year we...