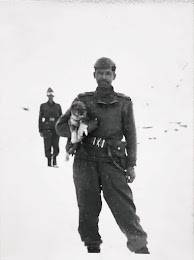 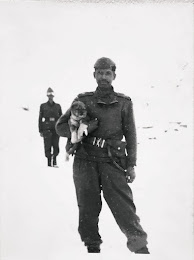 In early 1964 Second Lieutenant (2/Lt. to be brief) Prangopal Goswami, a freshly minted subaltern from Officers’ Training School, Pune was posted to Nathu La – the highest mountain pass in the world. It was his first posting and he felt exhilarated, strong and ready. His regiment, the 30 Heavy Mortars, was located a few miles short of the picturesque Changgu Lake in East Sikkim while he was packed off to the artillery Observation Post (OP) attached with an infantry company (which he remembers as possibly a company of Jak LI).

2/Lt. Goswami along with his team of two men – a technical assistant and a wireless operator – started climbing the pass at around six o’clock in the morning. Those days the roads were narrow and they started out on mule-backs but much of the mountainous terrain was covered on foot. It was well past three when they reached the base camp of the infantry company. They rested for the night and the next day climbed even higher to reach their observation post on a feature called Camel’s Back, more than 16,000 feet above sea level. The place was bitter cold, but it was middle of the year and there were some welcome patches of grass and tiny, colourful flowers clinging to the craggy mountainous rocks.

The first day at the observation post went by in reconnaissance of the area and preparing the Sangars. Sangars are dug-in trenches with a tin sheet for overhead protection, covered with bitumen roll and camouflaged on the outside. The post was basically a Sangar – soldiers stood inside and peered out over the edge of the trench, with the tin sheet a couple of inches above their heads.

As the OP Officer, 2/Lt Goswami’s primary task was to prepare the Sit Rep (Situation Report) – the message comprising of the details of the observations, sent down daily to his regiment. He hit a problem while sending his very first Sit Rep – the line communication from the observation post was kaput, effectively cutting him off from his regiment. He sent his technical assistant down to the infantry base camp and sent the Sit Rep through their line communication. This clumsy makeshift arrangement displeased Goswami because the message meandered through the infantry battalion exchange before reaching the artillery brigade and from there to his regiment.

From the next day onwards the very first point in every Sit Rep was Please restore the line communication. Send the line party. Days passed with neither a reply from the Signal Officer nor the line being repaired. Twice a day, at four-thirty in the morning and five in the evening, the infantry company along with the artillery men from the OP stood in full battle preparedness – a drill called ‘stand to’. The hours between the ‘stand tos’ were devoted to observation – Goswami and his two men stood inside the Sangar by rotation, mostly in attitudes of alert surveillance, and observed the long winding mountain road outside. They diligently counted and noted down the occasional herders, the odd vehicle, maybe a yak or two who passed before their view. A couple of hours were devoted to formulating the Sit Rep (whose first line repeatedly requested the Signal officer and the Adjutant to repair the line as a priority).

There were hours to kill before the sun dipped behind the mountains leaving the place stone cold. The lieutenant asked the infantry commander what would be the best way to pass time. The commander laughed – you could walk, sleep or look up at the roof. The answer did not appeal much to the young officer who anyway spent a great deal of time fuming internally at the Signal Officer: if there is a situation, if we need to open fire, if we see enemy movement … how the hell am I to communicate with the regiment?

He also worried about his two men. It was pretty much drilled into him that idle men are the devil’s workshop and hence men must be put to work. The technical assistant and the wireless operator had already drawn up the map of the area, marked out important points, and camouflaged the points on the ground. Goswami decided to tackle both his worries with a single plan of action. He decided to send both the men down the mountain to track the wire and mend the line communication. His instructions were pretty clear – Start early after breakfast and carry a haversack lunch. Keep your snow coats and carry gaity-belcha (the tools for digging). Walk down one step at a time following the wire. Stop at 2:00 p.m. no matter where you are and start climbing back up to the post.

In the best traditions of the Indian army, the two men carried out the job entrusted to them. They walked down the mountains one step at a time to track the wire and stopped at 2 p.m., marked the spot, turned around and trudged back up to their post. The next day they raced down the mountain to the point of the previous day before slowing down to one step at a time. In this way on the fourth or perhaps the fifth day they traced the line, buried deep in muddy sludge and damaged in several places. 2/Lt. Goswami was livid that it had taken days to trace and repair a line – a task that the line party could have accomplished in less than forty eight hours. The Signal Officer and the Adjutant received some unusually hard talk from their enraged junior. The Signal Officer later sent him goodies: a tin of chocolate and another tin of meat, some very old Filmfare magazines and a bunch of five-year old copies of the Blitz tabloid. The chocolate was welcome – 2/Lt. Goswami got into the habit of drinking half a cup of hot chocolate every few hours.

The restored line set his mind to rest, but there was still the problem of time on hand. It just so happened that a clerk from the infantry base cammp was going down to Siliguri for a week to buy special rations.  He returned with a copy of the Mahabharata for the grateful officer. Thus, at height 16,000 feet, in the biting cold of Nathu La and with the enemy a stone’s throw away, he read the magnificent epic tale of the ancient battle between brothers, filling up the margins with his trademark scrawl in a painstaking effort to keep up with the labyrinthine tales, each one woven seamlessly into others.

Several months elapsed – the men got used to their constant headache, the loss of appetite, the lack of sleep and the blistered skin peeling between their fingers. The tiny colourful flowers disappeared under blankets of snow. Breath entered the nostril like a thin blade and tears at night froze unshed.  Down below, 30 Heavy Mortars acquired a brand new set of guns – the 120 mm Brandt Mortars – necessitating retraining and  redeployment of men. Thus, the regiment finally allowed 2/Lt. Goswami, his TA and wireless operator to descend from Nathu La. We can imagine the orders came in not a day too soon!

Two years after his tenure, in 1967 there was a skirmish in the area between Indian and Chinese troops and artillery was fired from the Observation Post, Camel’s Back. By this time Captain Prangopal Goswami, posted in another part of the country, was already married to my mother. 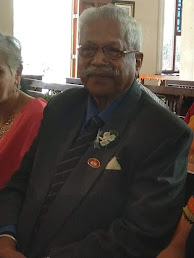