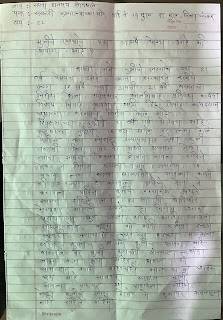 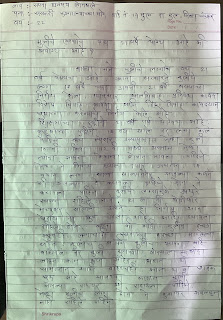 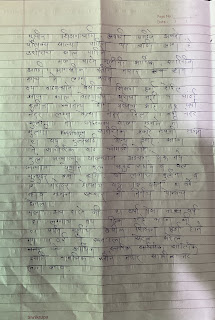 A discussion with a group of students from Elgar Academy on the central government’s decision to raise the legal age of marriage for girls to 21 years provided valuable insights into the perspective of the youth from rural and small town areas. The overall support for the decision from girls as well as boys underlined the dissonance between the responses of several liberal academicians and activists on the one hand and rural youths on the other.

Elgar Academy is an institute that facilities rural youths to prepare for state level competitive exams and is also a discussion forum. It is located in Mul, a block town in Chandrapur district, with a population of around 22,000. The students who come to the Academy are from humble backgrounds, mostly children of farmers and small shopkeepers etc. All of them belong to the S.C., S.T, OBC groups and some are first generation learners. The age group is between 19 years to 24 years. There are total of 50 students half of whom are girls.

During the discussion there was an overwhelming support from both girls and boys for the government’s decision. It was interesting to note that they approached the matter from the point of education. Their core argument was that at 18 years the girl is barely Class XIIth passed. She has neither the maturity to take up family responsibilities nor the qualifications for a decent job. Once the age is increased to 21 years, the girls will get the opportunity to complete their graduation which will potentially change their lives.

The Present Situation in Rural Vidarbha

Priya (19) describes the situation of girls in her village as under:

“As soon as the girl turns 17, the talks about her marriage begin. More than her parents, it is the neighbours and relatives who start talking about marriage and advising the parents. Parents in rural areas are illiterate and they are swayed by these (outside) influences.”

Some of the youths talked about the ‘pressure’ which comes from the fact that marriage between first cousins is preferred in rural areas of Vidarbha (the girl is married to the son of her father’s sister). Thus, as soon as the girl turns 17 years, the aunt (atya) or other relatives open the topic of marriage. In fact, the marriage with the mehuna (aunt’s son) is seen as a matter of course.

From the discussion it appeared that in the rural areas people barely wait till the girl turns seventeen to start bringing in the proposals so that by the time she is eighteen or nineteen the marriage can be organised. The atmosphere of the household changes because of the constant discussion about marriage and the girl hardly has time to think about her future whether in terms of education or career.

“The pressure of the family on the girl is so much that the dreams of girls remain unfulfilled because of marriage…girls have to kill their desire (for education and career) and get married (according to wishes of the family).”

“It is like being pushed into a well. A girl of eighteen who has little practical experience is suddenly pushed into the responsibilities of marriage. She is abused when she can’t cope with the changed circumstance and this devastates her mentally.”

How will the new law change things for rural girls?

The greatest change that the girls are expecting is that they (and their parents) will be relieved of the societal pressure to get the girls married as soon as they complete their Class XIIth. The girls and their parents will be able to withstand such pressure by citing the law. The girls themselves felt confident that once the law is changed they too would feel empowered to stand up to their neighbours and relatives and even their parents if need be.

They felt that increasing the age would allow the girls some time to think about their own future – What are the different avenues in education? Which profession or career would they like to pursue? The girls talked about education both as a right as well as a duty.

“This is the 21st century. Girls should stand on their own feet and only then think about marriage. They should not be dependent on anybody.”

“These days you cannot trust anybody. So it is better to be educated and stand on your own feet before getting married.”

“18 years is the age of majority, but that does not mean that a girl understands everything when she is 18 years old. As a graduate she understands much more about the world. She understands so many things about society and the opinions of different people in society. She understands how to live in such a (complex) society.”

Another aspect which came up pertained to the problems that girls face because of the difference in the age between the wife and husband.

“In our village it is very common that young girls are married to men much older to them. A few years later he dies and the entire responsibility of the children and the family falls on the woman who is merely a Class XIIth pass. She has no option but to go for wage labour or find some small work. A graduate woman will be in a much better position to handle such situations.”

“Sometimes these marriages (between teenage girls and older men) end up in divorces. If the age is increased to 21 years such divorces will decrease.”

Two Expectations from the Government

There were two expectations that the youths expressed from the government. The first was that the government should bear the entire expenses of girls’ education upto 21 years of age. They felt this was important because if the parents are made to bear the expenses, then they will see the girl as a burden.

“A poor family cannot afford the increasing costs of higher education. So, if the girl sits at home without education, it will only increase the tension in the family. Therefore it is absolutely imperative that the government should subsidise the education of all girls upto grauduation. All colleges and vocational institutes – whether private or public – should be made absolutely free for them.”

The second expectation was regarding implementation. According to them, it is a welcome step that the age of marriage is being increased to 21 years but this change in the law will be meaningless if it is not implemented. They were particularly concerned about very young girls married to older men.

The support for increase in legal age of marriage was so much that Sapna (22) said that instead of 21 years the government should consider increasing it to 22 years. According to her, “the girl will finish her graduation in 21 years and thereafter she will need one year to settle her career. So, instead of 21 years the government should even consider 22 years as the legal age of marriage.”

It appears that in contrast to the liberal academicians and activists who continue to voice their opposition, the central government’s decision has a positive resonance amongst rural youths, especially youths who want to pursue education and have aspirations for better life opportunities. 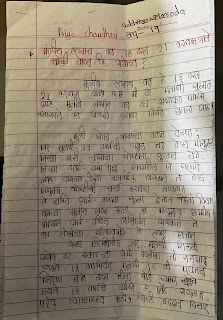 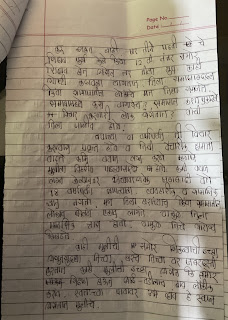 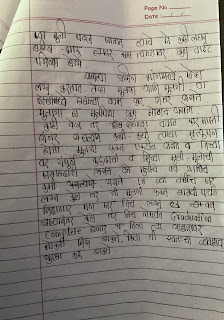