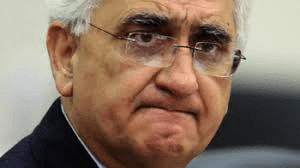 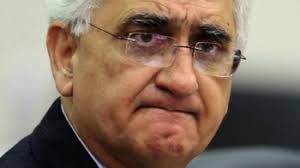 The single point of distinction is that political Hindutva has climbed from 2 seats in the parliament to more than 300 seats. And this climb was never an easy one for them. In 1996 Atal Bihari Vajpayee led a government for a mere 13 days and resigned after failing to prove majority. He was succeeded by H.D. Deve Gowda who led the United Front. This in turn collapsed after the Congress Party withdrew its support. Thus, the country was pushed to mid-term elections in 1998 and the political Hindutva people emerged with renewed strength. This time the NDA government lasted 13 months and fell after it was defeated on the floor of the house in a no-confidence motion by a single vote. The electorate, pushed into the third election in two years, was sick of the political nautankis being enacted in Delhi and they voted NDA into power with a clear majority. That is how political Hindutva found its first foot-hold in national politics – not through kidnappings or beheadings.

Anyway, Salman Khurshid already knows these things – he was very much in the thick of it. Being a politician, he should also know that political Hindutva has to be defeated at the hustings which in turn requires him and other Congress leaders to come up with a coherent response. Portraying Rahul Gandhi as a true-blue Janeudhari Brahmin or hurling childish abuses may not cut the ice. On the contrary such tactics may only end up inadvertently playing into the hands of their opponents.

Instead of giving such dubious gyaan Salman Khurshid, pretty much at the end of his political career, should return to Farrukhabad, go to the grassroots and (re)build the liberal movement from the bottom-up. That could be his solid contribution towards strengthening the Congress party. All else is mere petulance.